Last week I announced that when the Hooked On Golf Blog Facebook page reached 1000 likes I’d give away a PING Scottsdale putter.  Well now that the page is even past 1100 likes it is time to make someone REAL happy on a Friday.  And by the way, click the link in the first line here to like HOG on Facebook.  More cool golf prizes to come!

Bill Assman, come on down!

I looked back through HOG’s social media comments, likes and comments here on the blog to pick a patron who has been active and participating in discussions.  There were many great candidates, like the college golfer who wanted a new putter or other users who wrote some very entertaining comments.  I picked HOG fan Bill Assman because of his history of participation, not just during the contest but back even farther in HOG history.

Bill, I’ve got THREE PING Scottsdale putters you can choose from.  Each one represents a putting stroke type.  Check out these reviews listed below, pick your stick of choice and contact me with your shipping info. 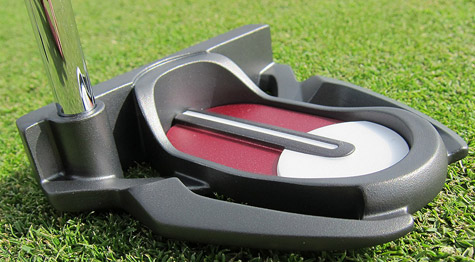 In for review here at Hooked On Golf Blog are the new and cool looking Cobra Golf Baffler hybrids and Baffler fairway woods.

I spent some time shooting a few pics of them yesterday and have uploaded them to the HOG Cobra Image Gallery for you gear heads to enjoy in the mean time, while I’m in the testing period.  Click either photo to see more. END_OF_DOCUMENT_TOKEN_TO_BE_REPLACED

WOW.  I logged in to PGATour.com for my regular morning drive by and saw an odd name in the upper menu where the Nationwide Tour link used to be: Web.com Tour.  Big news announced today that Web.com has signed a 10 year deal to be the umbrella sponsor of the PGA Tour’s development league, which is now formerly the Nationwide Tour.

For full details here’s a link to the press release from the Tour on Hooked On Golf Blog HOGWire news wire.

Another new addition to the PGA Tour web site is the Latinoamérica tab.

I have to admit that I had no idea who “Justin Bieber” was until recently.  Every time I heard the name I thought people were saying “just in beaver.”  I thought WTF?  The guy is an 18 year old teenie bopper singer who produces fluffy pop songs I’m told.  Being a metal head rock and roller and drummer, I’m sure his material is far from anything I’d want to listen to.

While playing a round of golf at Calabasas Country Club, Bieber apparently ran into some problems with paparazzi snapping photos and making noise in his swing.  The desperate photographers even resorted to yelling in Bieber’s swing to get his attention for a better photo.

“Gonna stay focused. back at it. not gonna focus on the negative. just a little respect would help.”

Did the photogs yell “mashed potatoes,” or “get in the hole,” or “you da man!” like the idiots who seem to be at every PGA Tour event these days?