Rather than doing a whole course redesign, it seems that my local country club here in Sandy is doing a wee bit at a time.  Today I saw some work in progress of the Valley Nine’s par-5 5th hole.  Recently they took out the two trademark pines at the corner of the fairway and put in a short right fairway bunker (photo below, right side of fairway) and long left bunkers. 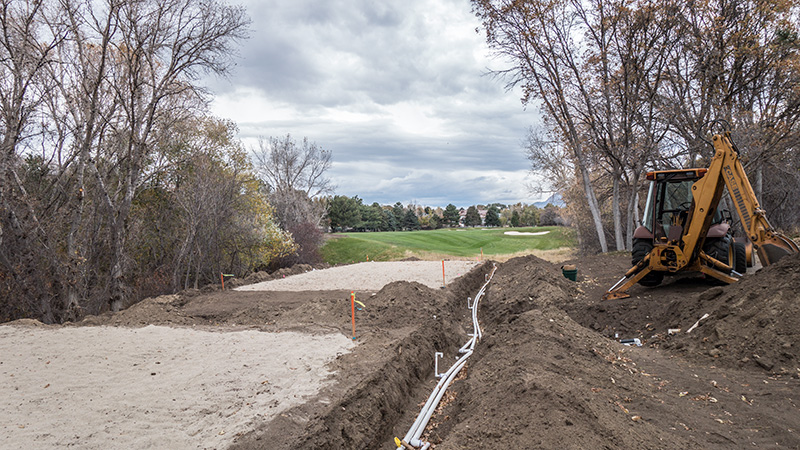 Now they look to be adding a few yards to the hole by moving the tees back.  I guess the bombers are still reaching the far fairway bunkers?  My real guess is that they’re slowing adding yardage here and there to “toughen up” the course and make it look more respectable from a length and rating standpoint.  In the photo above you can see two sandy areas, which are obviously the new tees.  The old tee was essentially where the more distant sandy area is.

Friday of last week I had the pleasure of competing in a 27-hole member/guest tournament with my dad at his great club Hidden Valley.  I always jump at the chance to “hit the white spheroid” with my dad for a couple of reasons.  First, he’s my dad and the time we spend together on the course is something I really enjoy.  Second, his course is one of the best courses in the state, and was even ranked #1 at one time. 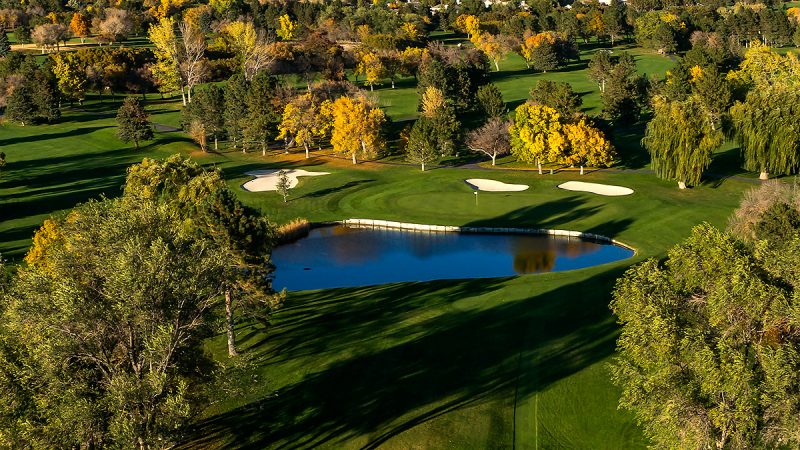 This 27-hole tournament over the years has been a tough one for us.  It is a Ryder Cup-like format: 9-holes best ball, 9-holes scramble, 9-holes alternate shot.  Historically we have done fine in all formats but the very pressure packed alternate shot.  We’ve cracked into the money a few times but that’s about it.

Friday I brought a C- game.  I shot my worst best ball in the history of our playing the event.  Usually I’m good for even par or one-over.  This time I flamed out with a 41.  But my dad shined in that part, carrying my arse.

In the alternate shot he and I both had one terrible swing which cost the team badly.  I hate doing that in alternate shot, leaving your partner in a bad situation.

In the scramble we only shot one-under…

Yesterday my dad called to inform me that while at the course to play, he was congratulated on the victory.  As it turns out WE WON our flight!  What a pleasant surprise which made my day.

Moral to the story: stick around and have a beer, just in case you won the tournament.