I’ve been flying my big hexacopter some more this fall.  About two weeks ago I caught some great afternoon lighting which produced some great images.

Below is the 11th hole.   It’s a short par-4 which bombers can drive, but as you can see, if they’re not accurate the ball will be lost in a river, or in the dense forest. 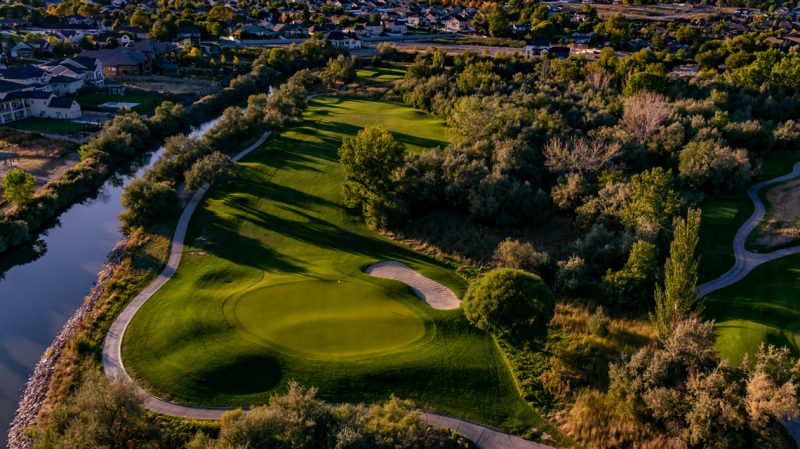 Below is a shot of the 11th green from a different angle.  It’s the green on the right.  On the left side of the image is the 1st green.  The green in the upper left/center is the par-3 12th green. 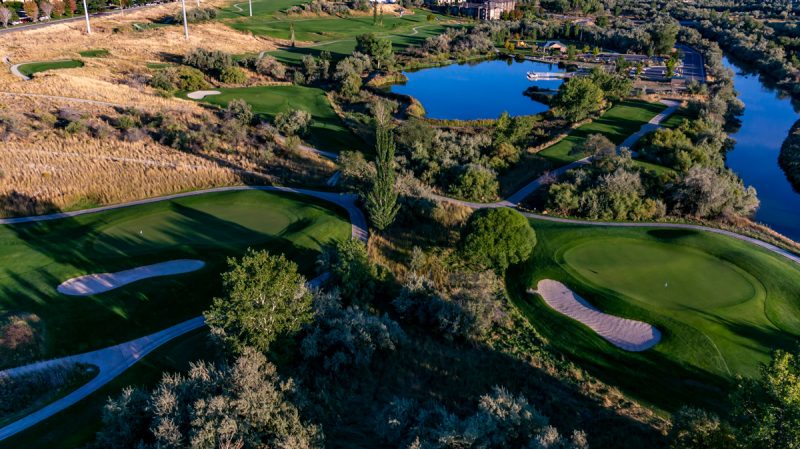 I’ve had a lot of fun this summer capturing photos of River Oaks. I have a pretty massive library of shots. I have some very fun flyover videos too and plan to capture more.  Stay tuned for those.

It’s not lucky. It is by design that I live next to a golf course.  I live near the 8th and 9th holes, about a five minute walk from the clubhouse and the first tee.  I have a good relationship with the course, having been a very active player there, and president of the men’s league for seven really long years. 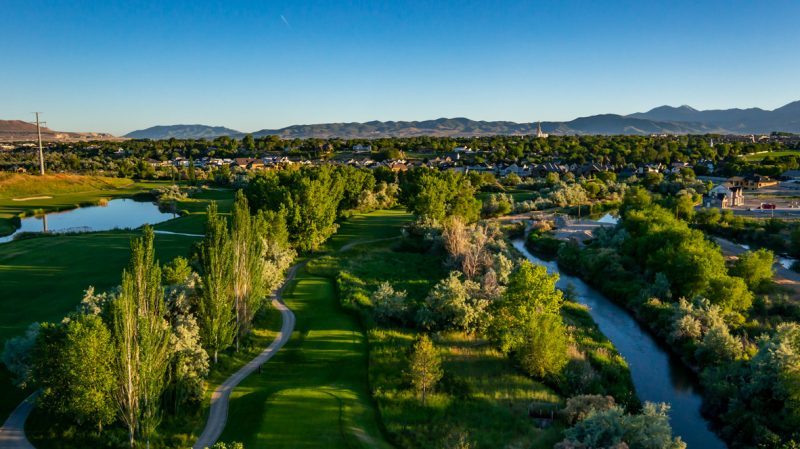 Tonight I brought out my big hexacopter (drone with six propellers) and did some photos of a few holes.  The hexacopter is equipped with a mirror-less camera and a prime wide angle lens. It’s my gamer for photography and video from the air.

With the evening light I was able to capture a few very nice shots of some of the holes. The first photo above is the very tight and tough 10th hole.  The black tee is at the bottom of the frame and you can see that the tee shot must be extremely accurate or it is adios white spheroid.

Above you can see the 10th hole from behind the green.  You pretty much can’t miss left or right on this hole, as is the case for just about every hole on this course.  Bring your tee shot A-game here.

Yesterday I took the HOG World Tour to play one of the few Utah golf courses I have not played, Canyons Golf Club in Park City, Utah.  Canyons Golf is part of the Canyons Ski resort. 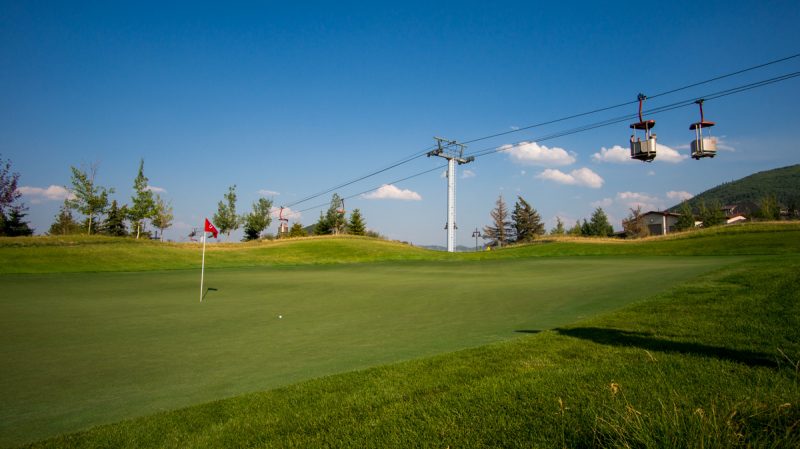 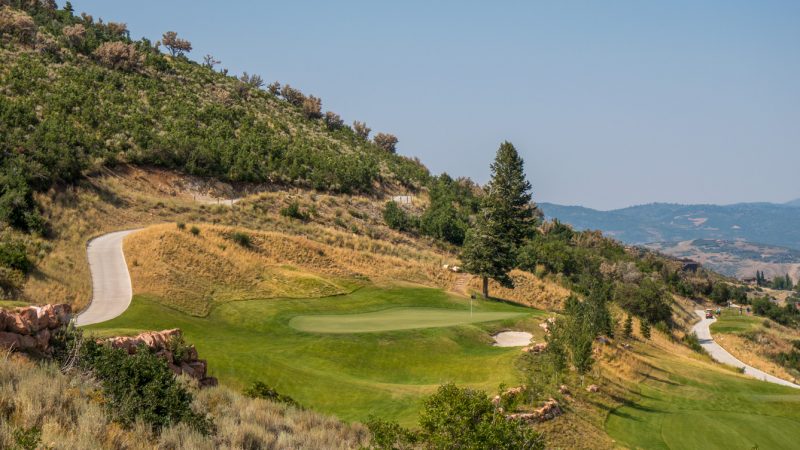 There were a couple of decent holes, but overall I’d rate this course poorly.  There is a lot of Mickey Mouse design and crowbarring them in to fit in awkward spaces, like the 2nd hole below. 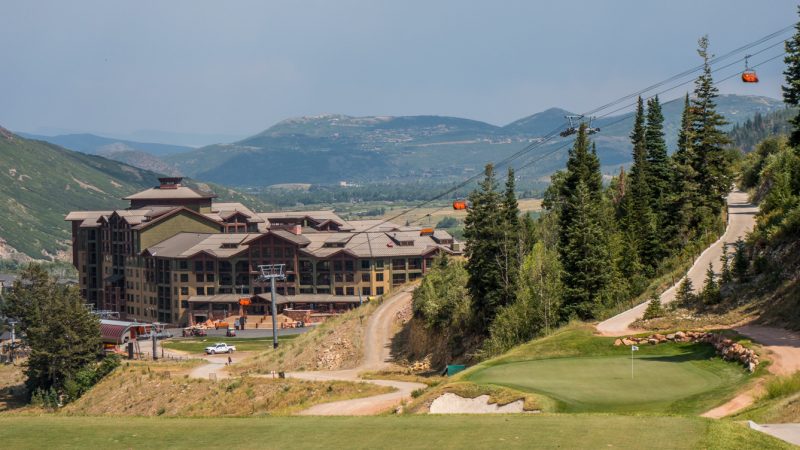 I did have a few fun shots, like the tee shot on the 4th hole, where the drop is so huge I carried my driver 355 yards.  Then there’s a par-5 on the back which is drive-able because the drop is so severe.  I’m not kidding.

I may post a full review in the winter, when it is ski season.  Otherwise if you are considering golf in Utah, Canyons would be one of the last places I’d recommend, especially for their asking price of about $100/round.

Yesterday was a tremendous day.  I had the pleasure of taking the HOG World Tour to Utah’s Red Ledges golf club, a Jack Nicklaus signature design. Red Ledges is located in Heber, Utah. 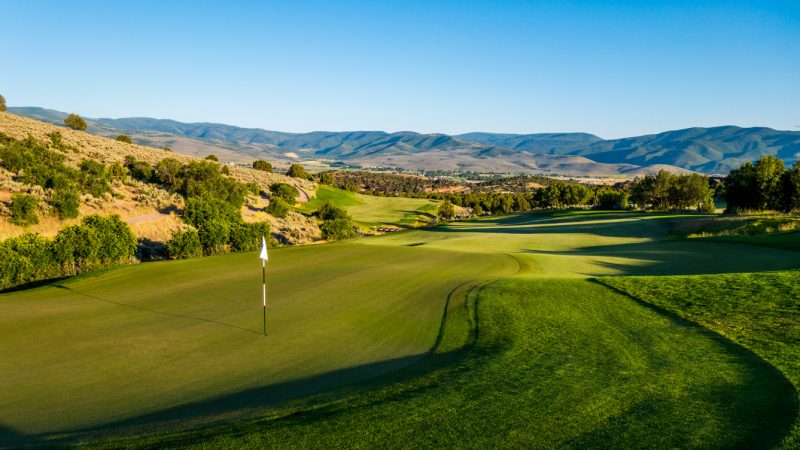 Heber is a quiet town near to dozens of summer and winter activities.  Heber is very close to Deer Valley and Park City ski resorts, national forest land, and Jordanelle Reservoir which is a haven for boating and water sports. 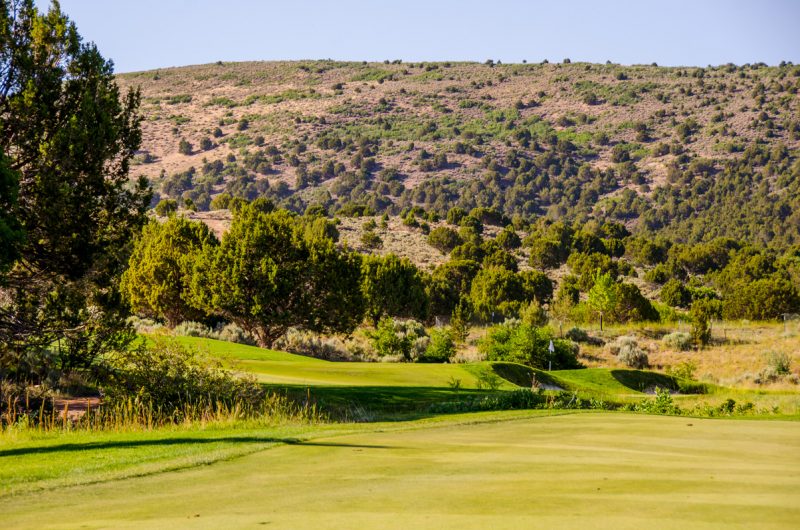 My round was very fun and challenging.  I was aided by caddie John, who was very good. Whenever I executed the shot, hitting the landing area he suggested, good things happened! 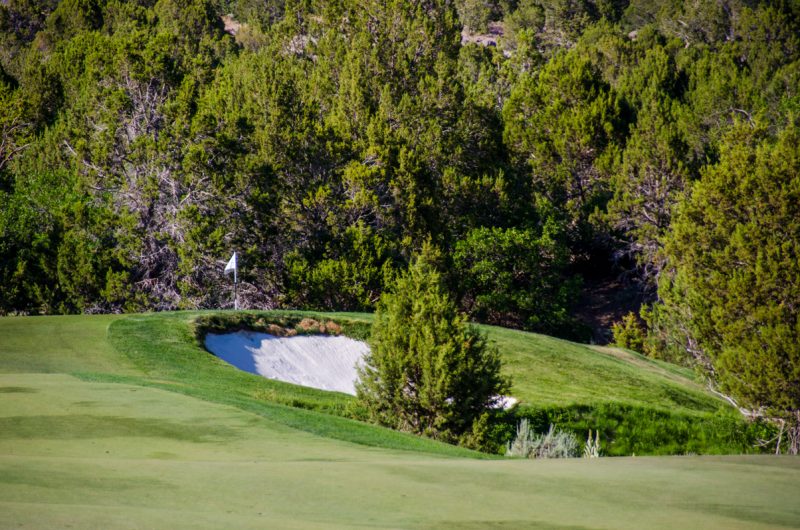 It will take me a while to process all the photos and write my review.  Plus I plan to return to review their par-3 course.  So stay tuned for my full Red Ledges Golf Course review soon. 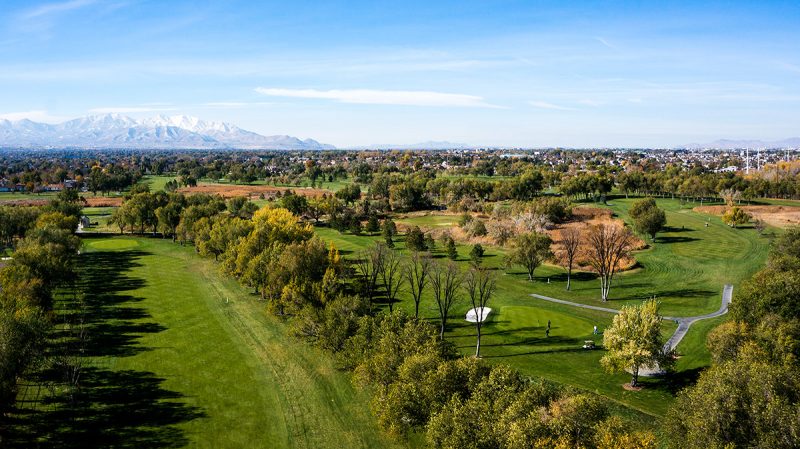