On the Eve of the PGA Championship Golf.com Offers Up Keegan Bradley’s Busty Girlfriend

The fourth major championship is upon us! It’s one of the greatest events in golf, the PGA Championship. Rory McIlory appears to be on the way, Jordan Spieth is vying for a 3rd major in a year, Tiger Woods “might” be on the comeback, Whistling Straits is a fantastic venue. So many great golf stories to choose from. 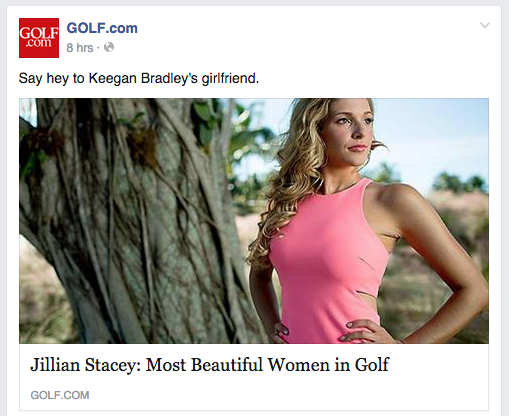 Good for golf? Probably not. Good for hits and clickbait? Absolutely

So what does Golf.com choose to offer its readers on the eve of this smorgasboard of great golf stories and angles?  What brilliant journalistic excellence does this great golf media outlet grace its intelligent, discerning, classy readers with?