Been awhile since I’ve posted a “bonehead of the week” post. How dumb do you have to be to hit a golf ball AND throw your club into the Grand Canyon, then post it on your social media?

I live fairly close to my home course. My place is about five houses down the street from the 8th hole.  On the way to work this morning I couldn’t help noticing a golf ball in the gutter.  See below. 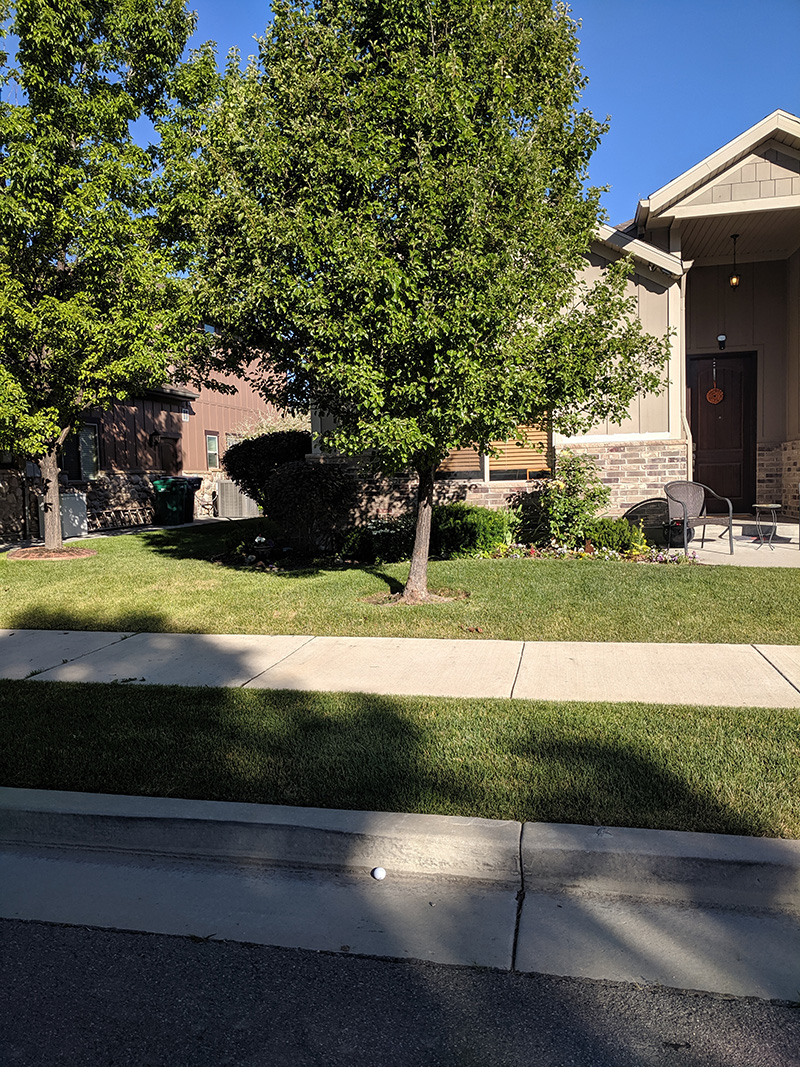 Naturally I stopped and grabbed the ball.  It’s a cheapo Callaway golf ball.  It will come in handy on my next range session, in 2020.

Thanks to Click2Houston.com for the bonehead of the week report of a Jaguar driver who found his way onto a Top Golf driving range in Houston.  He then, of course, became a target for the golfers.  Sounds fun.

A man in a white Jaguar gave a new meaning to the term driving range last Saturday.

Houston police said they went out to Top Golf along the Katy Freeway and State Highway 6 after a man reportedly started driving his car over the course.

Viewer Josh Putt sent Local 2 pictures of the car. Putt said patrons apparently made the Jaguar a target, and began pelting it with golf balls.

Workers were eventually able to corral the car into a corner with a ball-collecting cart.

A security guard detained the driver and called police, but no one was arrested.

I wonder if the driver politely asked to play through?

Yesterday the web and social networks were buzzing with with a large backlash over a 9-11 promotion a Wisconsin golf course advertised. The “12th Anniversary of 9-11” ad offered a round of nine holes for $9.11 or 18 holes for $19.11.

Many thought this was in poor taste, as did I. The course received so much bad press and so many negative social comments that they offered an apology, then saying they’d donate the proceeds to a 9-11 charity. Now it seems they’re considering closing the course today (9/11/13).

I have some other bad golf marketing suggestions this course can try throughout the year:

Kennedy Assassination Pricing, $19.63 per round