Last night I was on Twitter for a minute. My time on social networks has dropped of late, which has been quite nice. Harry Arnett (SVP, Marketing & Brand Management at Callaway and Odyssey Golf) was arguing with someone from “My Golf Spy.”  The back and forth between these two has become quite childish and tiresome really.  The discussion went from Arnett saying MGS’s latest bragging (nooo, MGS brags? Never!) of unique visitors was a made up spreadsheet, and MGS hitting back with driver sales smack or some such nonsense. As I was falling asleep I was thinking of golf marketing, MGS, Arnett and how the sales numbers smack was supposed to hit Harry in the nuts, so to speak. At that point I realized just how little I care about golf marketing and how little, if at all, it has a bearing on what I will purchase. As the last sheep jumped over the fence the idea for today’s post hit me, top 10 reasons which have no bearing on me buying a driver.

With the insane product release cycles from TaylorMade and Callaway, your shiny new driver will be obsolete by the time you get to the top of your first backswing.  I don’t care if a driver is the latest model, last year’s model, or five years old. Because it is new doesn’t mean it is better.  Plus, I thought last years model, when it was the newest model, was the best driver eva!  Now it’s chopped liver.

Maybe I’m weird, but I have never read any golf magazine’s hot list. Seriously. Year after year these hot lists come out and year after year golf companies use being on them for part of their marketing.  It’s all noise to me. “Ooooh did you see the hot list?”  Um, no. Let me guess, all 4-5 major companies’ drivers were on it for the 20th year in a row.

The driver has some nutty feature like a weird window in it which you can open up and put stuff inside. Great. 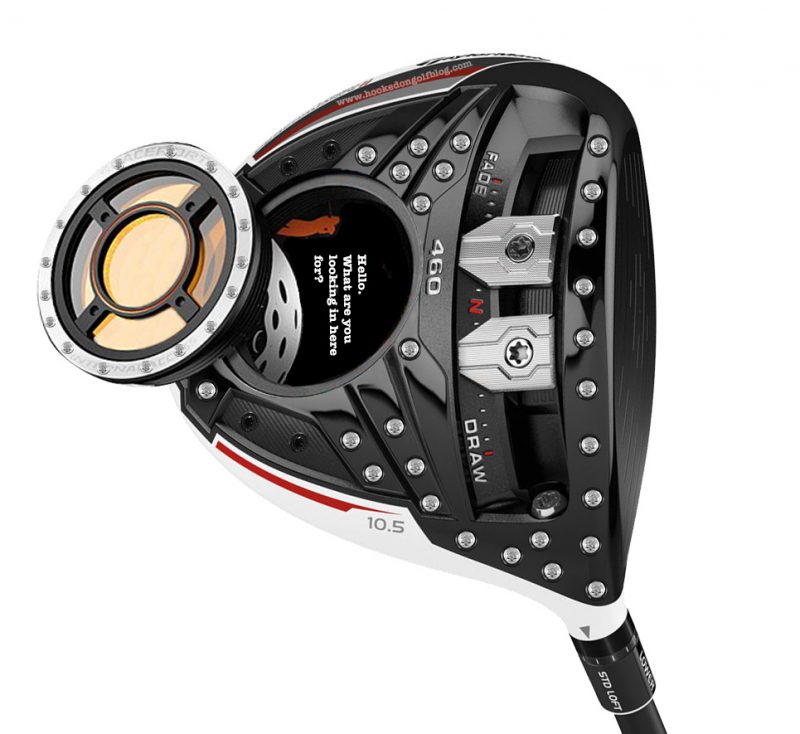 This is supposed to make me deliver the club perfectly at impact.  Got it.  Pass thanks.

Did I mention this driver is the longest, ever? That’s quite a feat considering last year’s model was the longest long long, longer, long LONG LONG, distance, huge longer, massive, long.  What’s even more amazing is that last year’s long one is even longer than the super long massive long long LONG model from the year before that.   …and so on.

Cool, this driver has 987,562 different ways it can be configured!  I’ve played many adjustable drivers.  I like the concept.  But once I adjust it that’s it.  I never change it again.   Nice to have adjustments, but I can easily adjust my own swing to a driver which has no adjustments but is setup properly.

Because a driver is the #1 selling driver doesn’t mean it is the best for me.  It means company ‘x’ has the biggest marketing budget.

Because a particular golf company has a large enough budget to endorse more Tour players than any other golf company doesn’t mean their driver is the best for me.

The #1 kazoo player in the world plays this driver and so should you.  Seriously.  Kenny G or George Lopez or some “star” playing a driver will never be a reason for me to.  In fact, I’ll probably avoid playing any gear Kenny G uses to prevent “kazoo by association syndrome.”

I do not have the same swing as Bubba Watson, Rory McIlory, Tiger Woods, Jason Day, or any other tour player.  Because Bubba or whoever is the longest driver in the world with a particular model doesn’t mean I’ll hit it longer.

Last but not least, no My Golf Spy driver contest has or will ever have any bearing on whether or not I will purchase a driver.  Maybe I’m missing something, but the only thing I notice in their marketing of these “unbiased tests” (LOL) is the whining and sniveling that Titleist or some other company “declined to participate.”   It’s like they’re trying to shame or embarrass that company into sending them clubs.  I’ve decided to have a “best bank” contest.   Whichever bank doesn’t send me cash “declined to participate” and will be shamed online.  Power to the bank customer!

Best reason to buy a driver?

Right before I went to sleep I hit the Instagram button on my phone by accident.  Then it hit me.  There she was, LPGA star Belen Mozo.  Whatever driver she plays is the one for me.

Spending the afternoon at @islaqkaro . It's a stunning island/house in the middle of the Caribbean Sea. If you are in Cartagena, don't loose your chance to rent it with your family! Pasando la tardecita en @islaqkaro . Un espectáculo casa-islote en mitad del Caribe! Si están por Cartagena, esta súper recomendadisima para alquilar con la familia!