If Garcia wins the Masters I’ll play golf naked, and Golfsmith will give you a TaylorMade driver

Wow the folks at Golfsmith are big risk takers. Read a portion of their press release below, but it basically says that that if you buy one of three TaylorMade drivers from Golfsmith between now and April 11th, you’ll be refunded your money if Sergio Garcia wins the Masters.

It is no secret that I’m critical of Sergio. I lost respect for the guy when he spit in the hole on national TV and then denied it in a post round interview.

I have lost a few pounds recently.  In fact, I weigh 10 pounds less than I did in high school.  So there won’t be any beached whale sightings on the course should Sergio win.   That being said, I’m no spring chicken and I don’t exactly have a six pack or abs of steel.   🙂

I’m not alone in my skepticism:

Deadspin piece (read the great comments, except for the Payne Stewart one)
END_OF_DOCUMENT_TOKEN_TO_BE_REPLACED

The TaylorMade TP Red golf ball is one of two new offerings, the Black being the other. The Red is considered the higher spin and/or softer of the two balls.

I’ve been playing the TaylorMade TP Black and Red golf balls for a while now (being a top golf blog has it’s preveleges…hehe). My friends and even the local TM sales reps envy me. Sometimes I show the TM reps their new gear before they get their hands on it.

This multi layer ball has a large core made of a rubber based neodymium compound. I’m very familiar with neodymium because in my other world (the audio industry), some microphones employ neodymium magnets in their circuitry. Neodymium magnets are much more powerful than standard magnets. What this has to do with golf ball cores is beyond me but it apparently lends itself to a high COR, low compression, low driver spin and high ball speed.

The cover is an ultra thin proprietary urethane which provides tons of spin and feel. TM calls this cover “ultra thin yet very durable.” In another description they say “superior durability.” We’ll discuss that later in the review.

The red has 322 dimples. TM’s dimple design is especially effective on the back half of the ball flight, adding lift for more carry and distance. I can attest to that. I saw the ball fly a little farther than I expected.

Off the driver the Red is very long. My unscientific tests tell me it’s much longer than a standard “premium” spin/control ball. I had a period of a couple of weeks where I was knocking the Red into areas on the course I don’t normally see, about 330 yards from the tee.

When you are bombing a ball this far, you’re going to be hitting a ton of wedges into greens. I found the Red to be exceptionally responsive to my wedges and short game. I could easily hit a more controlled and less “wristy” shot and have the ball land on the green and stop instantly.

If I pounded down on the ball harder and got a little more wrist action with the wedges I could get what I like to call “Phil super spin.” I had one shot where I got too carried away with the spin on my lob wedge. The ball hit the center of the green pin high and spun back about 25 feet off the green. The next hole I carried the ball over the entire green and spun it through the longer grass back onto the green!

Green side I loved the feel of the Red. I could close down a wedge and get some over spin for a longer runner. I could put the ball back in my stance and chop it for one of those 2-3 bounces and check shots.

Off the irons the softer compression of the Red felt nice as well. You can work the ball easily and control your distance. There’s no better feeling than feeling the ball compress on the club face for that extra thousandth of a second with a 3 or 4 iron.

“Superior durability” and “very durable” are words used to describe the Red on TM’s web site. I’m going to have to disagree here. While this is an amazing ball it is anything but durable.

The day I was bombing those 300+ yard drives I was hitting many sand and lob wedges into greens. Even a 3/4 swing with my lob wedge would result in extreme shearing or shavings on the urethane cover. After 3 or 4 sand/lob wedges the ball looked like it had hit about 10 cart paths. Even the decoration (logos and text) on the ball shaved right off.

This article I wrote a while back covers a little experiment I did on ball performance when the cover is damaged. Given what that article finds, I doubt the damage to the surface of the TM balls has much of an effect on the overall performance.

Though it’s not the most durable ball out there, TM TP Red is a great golf ball. It’s long, workable and great on touch shots around the green. You’ll be able to pull of many great shots thanks to this ball. 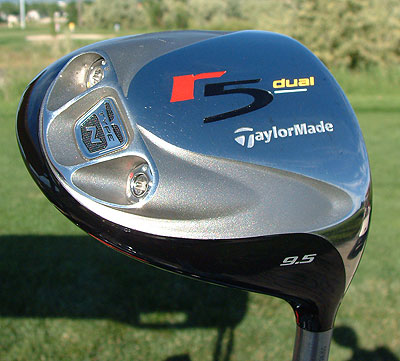