FORE please. Will anyone catch Jordan Spieth?  Below is the viewing schedule for today’s Saturday Masters Tournament:

The Masters is the best golf tournament to watch, hands down. While you’re enjoying the tournament, try out the new Masters Drinking Game! It’s a game like no other. Every time you see or hear one of the featured items in the image below, take a wee nip of your favorite beverage. 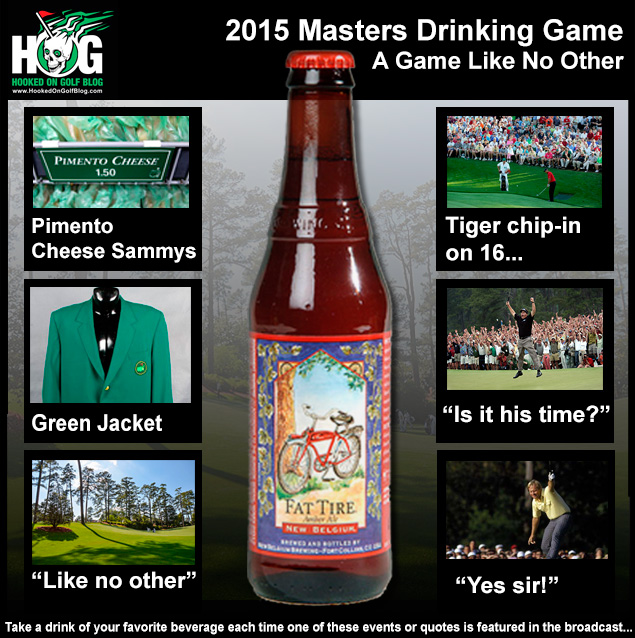 Today is the par-3 tournament day at the Masters Tournament.  Tiger Woods will be playing this time around, which is not his usual method of operation. 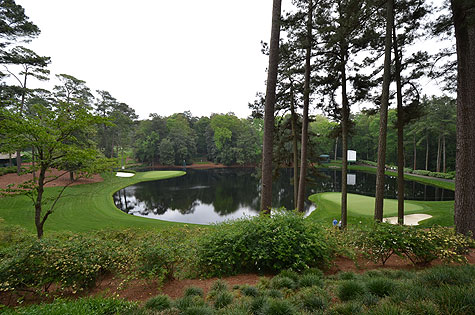 The par-3 tournament takes place at Augusta National’s par-3 course, possibly the most beautiful par-3 course in the world, though the folks at Three Tops located at Treetops Resort might argue that point.  As you will likely hear, no player who has won the par-3 contest has gone on to win the Masters Tournament.

I walked every hole of Augusta National’s par-3 course a couple of years ago and shot a ton of photos.  For one shot I even snuck onto a little boat I found in the lake.  The skies were a little gray the day I shot them but they still look great.  I put together a gallery of 77 images of the course, the largest and most complete online photo gallery of the course that I’m aware of.  All for you HOG “patrons.”  Click the photos or the link below to view the gallery.