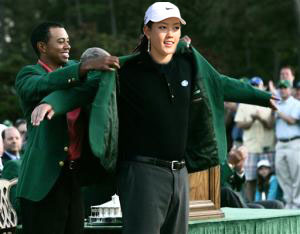 DVR Alert – Golf On TV This Week – U.S. Women’s Open Plus Woods And Mickelson In Action At The Greenbrier

The PGA Tour is in West Virginia at the Old White TPC Course for the Greenbrier Classic.  Tiger Woods, Phil Mickelson, Gary Woodland and K.J. Choi are among some of the big names in the field.  John Daly is also in action. Will he make the cut?

The seniors are at Pebble Beach for the Nature Valley First Tee Open.

The U.S. Women’s Open is this week in Kohler, Wisconsin at Blackwolf Run’s Championship Course. This should be some very entertaining golf to watch.

The 2012 LPGA Tour schedule is set.  There are some new events and more prize money for 2012, which is good news.  This year there are five new events, four in the USA and the now famous (or infamous) “5th Major.”

I’ve set up a static page here on Hooked On Golf Blog which has the LPGA Tour Schedule for quick reference.  Click on the link in the previous sentence, or you can find it by going to the “Tours” menu on any HOG blog page and selecting “LPGA Tour Schedule” in the drop down menu.

END_OF_DOCUMENT_TOKEN_TO_BE_REPLACED

This morning LPGA Commissioner Mike Whan announced that the Evian will be the LPGA’s 5th major championship.  Below is a video interview from Golf Channel’s Morning Drive where Whan announces the change, and explains the why and how.

What do you think?  I’m not a big follower of the LPGA, but I think it taints the records a bit and is perhaps a desperation move.  I know this is done in the name of “progress” but it seems to me like adding the “major” title to this is more of an effort to bring in money and support outside of the USA, exactly where the LPGA needs to look.  I’m not saying there’s anything wrong with that though.  Business is business.