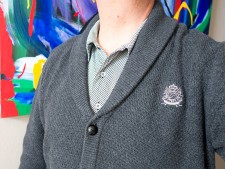 I’ve been enjoying the first few days wearing this new IJP Design (Ian James Poulter) Black Watch Golf Sweater.  It has been very cold here in northern Utah and this sweater has been doing a fantastic job keeping me warm, stylish and comfortable off the course.

As soon as the snow melts I’ll put this brilliant looking sweater into actual play and post a full review.  Until then, here are some specs.

Wardrobe upgrade alert: I’m happy to report that I’ll be reviewing some apparel items from Ian James Poulter (IJP) Design.  First on the list is this pair of golf pants (trousers for those of you in the U.K.).  These are the Tour Tech model. 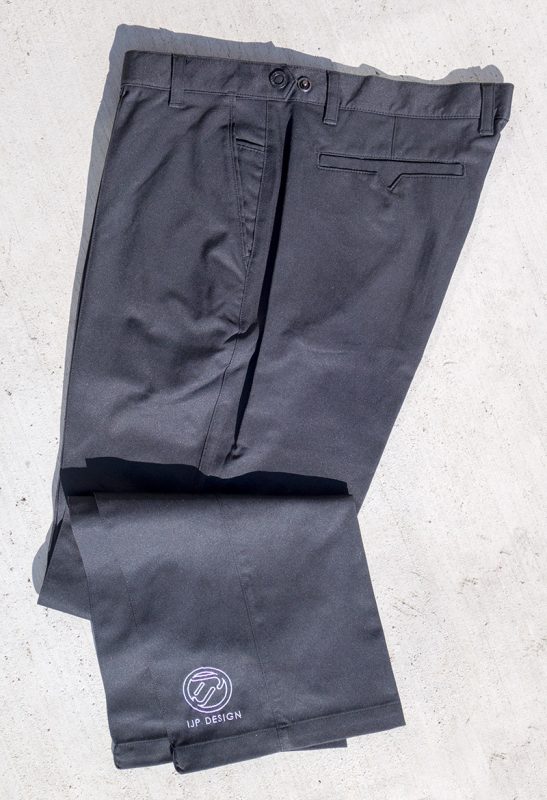 I just tried these fine looking trousers on and was very happy to find that they’re quite adjustable via buttons and velcro on the sides.  This means the fit can be adjusted perfectly for the golfer, especially ones with waists which don’t seem to align with the standard sizes found on many brands, like me.  The fit is great and the fabric feels nice as well.

Hopefully the snow will melt soon and I can get to testing these beauties.  I also have a couple of other IJP Design items to go with these and I’ll be posting those soon.  Stay tuned.

Broadcast Notes:
Format: The four NCAA Division I Men’s and Women’s Golf Championships semifinalist teams will reconvene to compete in the inaugural East Lake Cup collegiate match play championship from East Lake Golf Club in Atlanta, Ga., home of the TOUR Championship by Coca-Cola. The event will benefit the East Lake Foundation. In addition to live tournament coverage on Golf Channel, the network will provide pre-and-post event news coverage on Golf Central, with live reports and interviews from on-site at Eat Lake.
Participating Universities: The four participating men’s teams include: reigning National Champions Louisiana State University (LSU), the University of Southern California (USC), who lost to LSU in the championship match; the University of Illinois, who has won three of their last four fall collegiate events and is currently the top-ranked team in the country according to the GCAA Coaches Rankings, and the University of Georgia (UGA), two-time national champions (1999 and 2005). The women’s division features three of the top-four ranked teams in the current Golfweek/Sagarin Rankings including 2015 NCAA Women’s National Champion Stanford University. The remaining field includes Championship runner-up Baylor University; the University of Southern California (USC), currently the top-ranked team in the country in both the Golfweek/Sagarin Rankings and Golfstat Relative Ranking; and six-time national champions Duke University.

I created a Twitter list which only shows Tiger Woods, Lee Westwood and Ian Poulter so you can follow along as Ian and Lee give Tiger some grief and ask him to join in the banter.