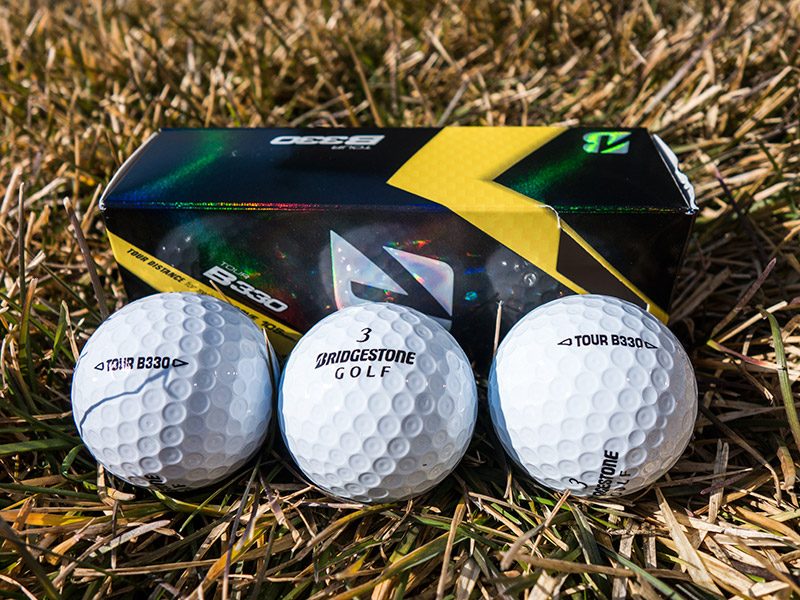 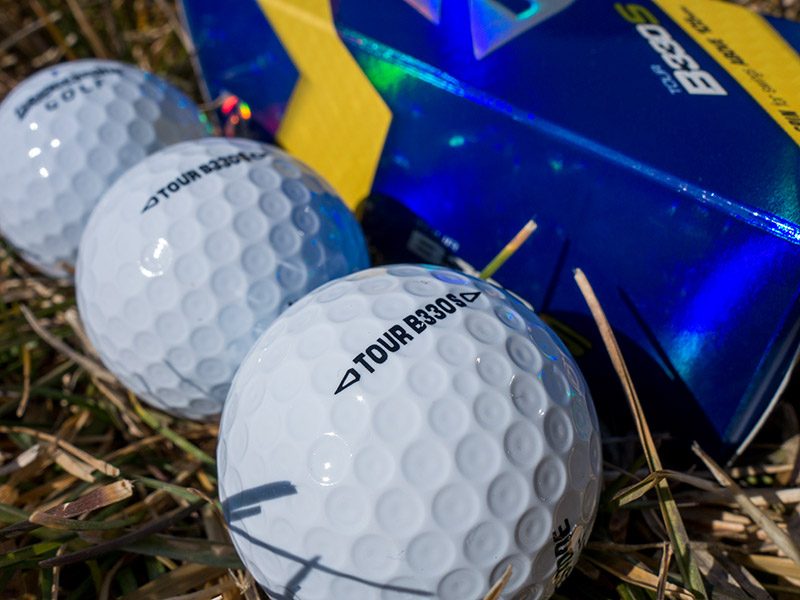 NEW SLIPRES COVER AND TOUR CORE OPTIMIZE HIGH SWING SPEED PLAYERS’ PERFORMANCE FROM TEE-TO-GREEN
2016 Tour B330 Balls Four Years in the Making Turn Tour Pros’ Heads in Hawaii
Covington, Ga. –Bridgestone Golf, the #1 Ball-Fitter in Golf, has used knowledge gained through extensive PGA TOUR testing and over 300,000 consumer in-person ball-fittings to perfect its Tour B330 family of balls.  Bridgestone’s new 2016 Tour B330 and Tour B330S golf balls have been specifically engineered to produce longer drives and better spin around the green for players with swing speeds above 105 mph, using new proprietary TOUR Core and SlipRes Cover technologies.
Bridgestone’s 2016 B330 Family features Bridgestone’s new TOUR Core that is 6% larger and utilizes a steeper gradient in softness from the inner part of the core to the outer region, to generate faster ball speed and less spin off the driver than ever before.  In fact, Bridgestone’s proprietary gradational compression technology in its core allows the company to accomplish in one layer what other ball makers accomplish in two or three layers, leading to a smoother energy transfer and more power.
Among the best players in the world, spin optimization is critical, so Bridgestone has designed the new Tour B330 and Tour B330S balls to have the largest dispersion of cover performance ever between the two models, offering something for the wide range of spin and feel preferences on Tour. Thanks to Bridgestone’s new SlipRes technology (an R&D marvel four years in the making) and a slightly softer cover formulation the 2016 Tour B330S offers increased greenside spin over previous versions, while the B330 offers feel for those players who prefer hit-and-sit short game performance.
The new proprietary SlipRes cover produces increased friction that keeps the ball more stable on the clubface, resulting in more spin on short shots.  At the same time, SlipRes has the opposite effect off the tee, lowering driver spin due to that type of impact’s recoiling force, generating longer distance.
An added benefit to the new SlipRes Cover is enhanced durability.  Due in large part to the cover’s innovative, soft self-repairing formulation, the new Tour B330 and Tour B330S golf balls are more resistant to stains and abrasions than ever before.
Both the 2016 Tour B330 and Tour B330S are in play on the PGA TOUR, including in the hands of Brandt Snedeker and Matt Kuchar, respectively.  Snedeker debuted the new Tour B330 at the 2016 Hyundai Tournament of Champions and realized immediate benefits with a T3 finish.
“After testing the new ball I had no hesitancy in putting it in play right away in Hawaii. I usually do not put a new product in play so quickly, but the distance I was gaining with driver and the incredible greenside spin couldn’t be ignored,” said Snedeker. “Bridgestone hit a homerun.  It’s longer off the tee, pure with my irons and around the greens it is just phenomenal!”
“The new B330S has serious wow-factor,” said Kuchar.  “The combination of increased greenside spin and increased distance off the tee at the same time was something I never thought possible.  I am genuinely excited about what this new ball can do for my game in 2016.”
The Tour B330 and Tour B330S balls will be available at retail on March 4, 2016 and will feature a street price of $45 per dozen.
Visit www.bridgestonegolf.com to learn more about Bridgestone Golf’s entire lineup of innovative products for 2016.

Lee Trevino will be playing the Bridgestone B330-RX golf ball for the next year in all professional and exibition events:

This spring, I was playing a round with some friends and stumbled across the B330-RX on the course.  It was like love at first strike.  I couldn’t believe how far I hit the ball and neither could my playing partners.  Not only did this baby go off the tee, but also the performance on and around the greens was pure tour.  It was then that I realized that I had found the Holy Grail of golf balls.

The Merry Mex will be starring in an ad with Fred Couples soon as well.