I’ve said it many times over many years: Kentwool is the best golf sock on the planet. Period.  I had to do some digging to find my first Kentwool golf blog post.  As far as I can tell, it was this Kentwool review back on August 23rd, 2011.  Roughly seven years ago.  Yeah I have sock reviews older than most golf blogs. Some of the socks in my drawer are that old because Kentwool socks refuse to die. Then again, I probably have underwear twice that old. Call the hazmat team. 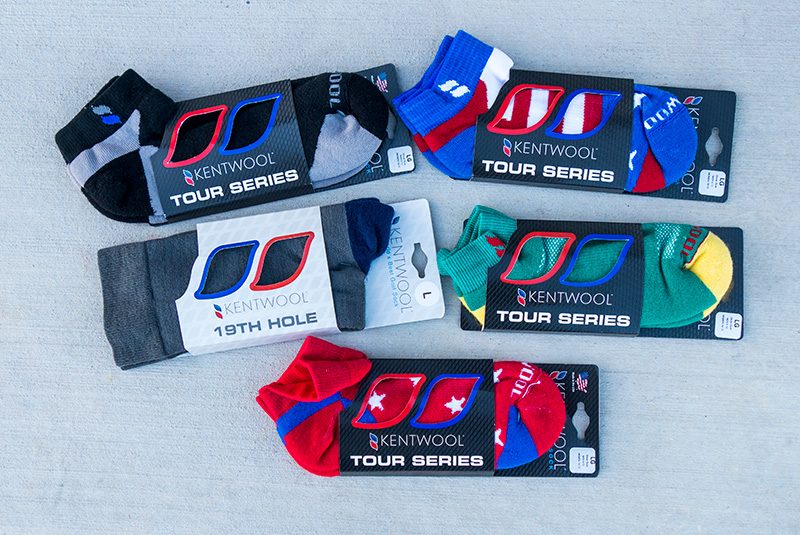 I’ve been due to freshen up the sock drawer because some of my very old KW’s are starting to thin out. They’re still very useable and have not lost their stretch, but not as padded after being washed 100’s of times. Keep in mind we are talking about socks that have walked literally thousands of miles and are up to SEVEN years old.

I’ve restocked a few new pairs, as seen in the photo above.  I still need to get a bunch more blacks and whites, which are my daily gamers.

The red ones are for my favorite college team, the Utah Utes!

I also wear Kentwool dress socks too, called the 19th Hole. They’re super comfortable and most importantly for me, not too hot.

In fact, I should mention for those who haven’t tried Kentwools.  Though they’re wool, they are not itchy and they are not too hot, even in the summer.