I had a dilemma for this year’s Product of the Year for “Best Golf Course” award.  This award goes to the best course I’ve played/reviewed in the previous calendar year. Typically the award is an easy one to choose, like last year’s winner Cruden Bay, in Scotland.  This year’s award came down to the two best courses I played, The Loop at Forest Dunes and Punta Espada Golf Club in the Dominican republic.  They’re both so different and have such different unique qualities that I couldn’t find a way to leave either one out of receiving an award. So what was my solution for this problem? Create a special award for this year which falls in the Golf Course Architecture category.  This year’s winner for Product of the Year in Golf Course Architecture is… the envelope please…

The Loop at Forest Dunes, Michigan 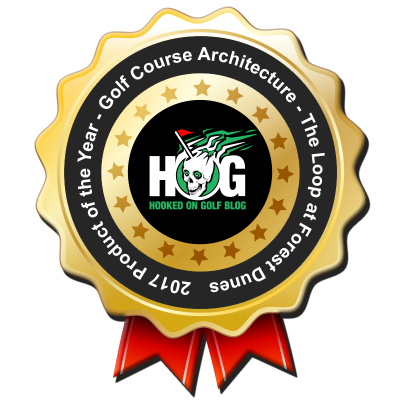 One of my most favorite golf architects is Tom Doak. Doak is one of the most respected and famous course designers of the modern era, and he’s a bit of a mad scientist. The first Doak course I played was Stone Wall in Pennsylvania a long time ago. I loved the rugged, minimalist design and the fact that I had to play creative shots to get the ball close to the hole. Sometimes hitting a green meant aiming 20 yards left of it, or short.  A few years later I had the pleasure of playing the Doak designed Ballyneal in a remote rural area in eastern Colorado on the Nebraska border.  What an experience. 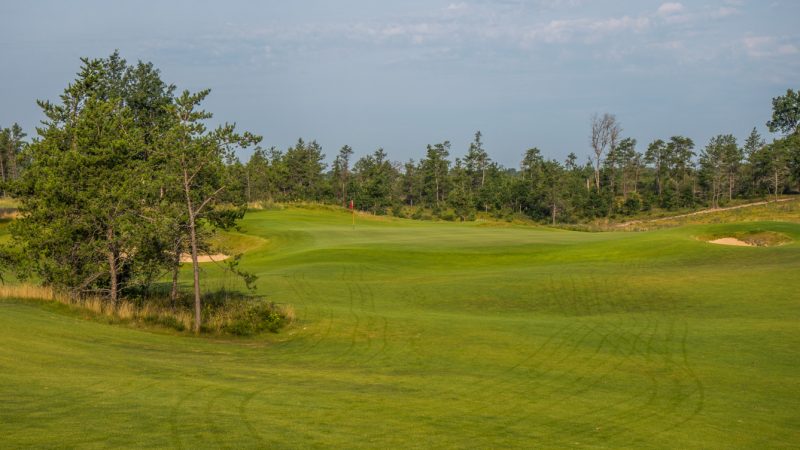 Years later and many Doak courses later in 2017 I played the newly opened “reversible” course in Forest Dunes, Michigan called “The Loop.”  The Loop is two 18-hole courses, the Red and the Black course, but one set of 18 physical golf holes. What a fantastic and special experience.

The reversible holes were extremely interesting and ingenious.  While playing one direction the player sees a certain look from the tee, and certain hazards, bunkers and sight lines.  When playing the other direction the hole looks nothing like it’s opposite.  Those bunkers and features which appeared going the opposite direction are completely different, and often not even visible. Instead, a new set of bunkers, features, and sight lines is presented to the player. 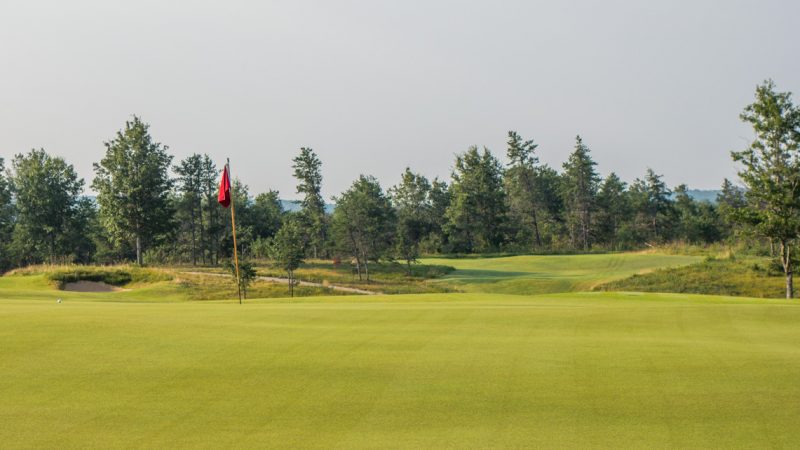 I salute Tom Doak for executing an amazing concept which had yet to be done in the U.S.A. I suspect we’ll see more reversible courses, or courses with interchangeable holes. It’s a great way to use one piece of land to offer many different playing options.  And hats off to Forest Dunes for pulling the trigger as well.  What an effort.  I can’t wait to get back for a 2nd round on both courses!

Playing the Red and the Black was literally playing two different courses, each with its own personality and style.  And they’re two very good golf courses to boot! Truly amazing and worthy of a special Hooked on Golf Blog Golf Architecture Product of the Year award.