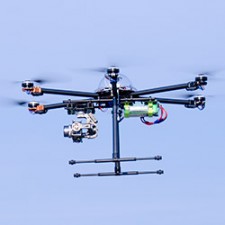 Over the last couple of years now I’ve gotten deep into aerial photos and videos via unmanned aerial vehicles, known by most as drones.  I’ve build some aerial video/photo “ships” and am loving the angles and views I can capture of golf courses.

To me a drone is a large unmanned killing vehicle used in war.  Unfortunately people who don’t know much call the little copters equate them with the bigger drones.  Small copters like the ones I have have a bad wrap and there are some true boneheads doing dumb things with them.  These “drones” can provide so many great functions otherwise not available. One such great one is the aerial flyovers of the holes at the Masters Tournament.

You may have not realized, but when the TV or online coverage does their hole tours, the flyover videos are shot by an aerial drone similar to what I use. Here’s a screen cap of a drone shot of the 16th hole above.  The dramatic views and videos are absolutely awesome.  Love them.

There’s an especially cool shot which starts in a bunker and rises up to show the hole.  Another one the camera starts by some trees and rises straight up over them.  Very cool.

The aerial coverage and how close the camera can get to the tree lines makes the great Masters broadcast even better.