I had quite an enjoyable round yesterday at the Mountain Dell Canyon Course, between Salt Lake City and Park City, Utah in Emigration Canyon.  The Canyon course is one of two courses on the property, and the one I prefer.

I had some spectacular shots yesterday.  One was a punch 8-iron from under a tree in the right rough on the par-4 9th.  The ball ended up 12 inches.  Birdie.  The next one was a punch 9-iron from 145 (lots of wind), from a severe side-hill lie.  That 3rd shot on the par-5 14th astonishingly didn’t go in.  It must have lipped out for eagle.  The ball was TWO inches behind the hole.  Birdie.

I had some other fantastic shots after the round, via my golf aerial photo/video hexacopter drone. 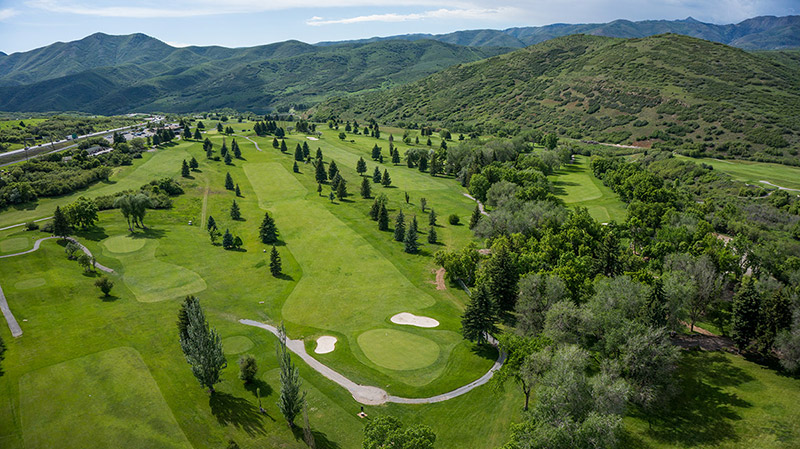 They should get rid of the cart paths…

While on vacation hiking and exploring southern Utah’s beautiful red rock country I stopped by with my aerial photo copter and caught a couple of pics of Sunbrook Golf Course in St. George, Utah. 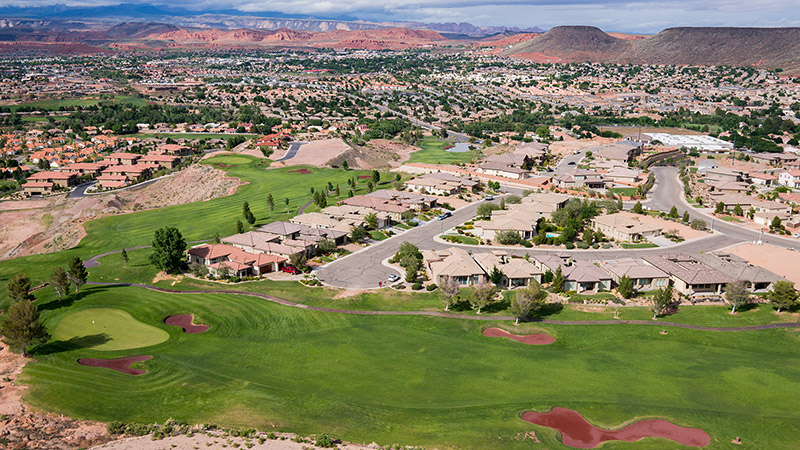 Sunbrook is a great 27-hole municipal course. Each nine has its own unique style, including a nine which goes through lava rock.

For more, click the photo above or the following link to the HOG Sunbrook Golf Club photo gallery.

One of my three (yes I have three) home courses is finally getting an automated irrigation system. Bonneville Golf Club, Utah’s most popular municipal course and one of my top favorites, has been hand watered since it opened in 1929. The course is a bit of a war zone right now. It really does look like this hole pictured below, the par-5 16th, has been hit by some bombs.

If you’re looking to play Bonneville the next few weeks (May/June 2015) keep this work under consideration. Some holes are cut short or skipped. In lame fashion they’re still charging full price, so buyer beware. 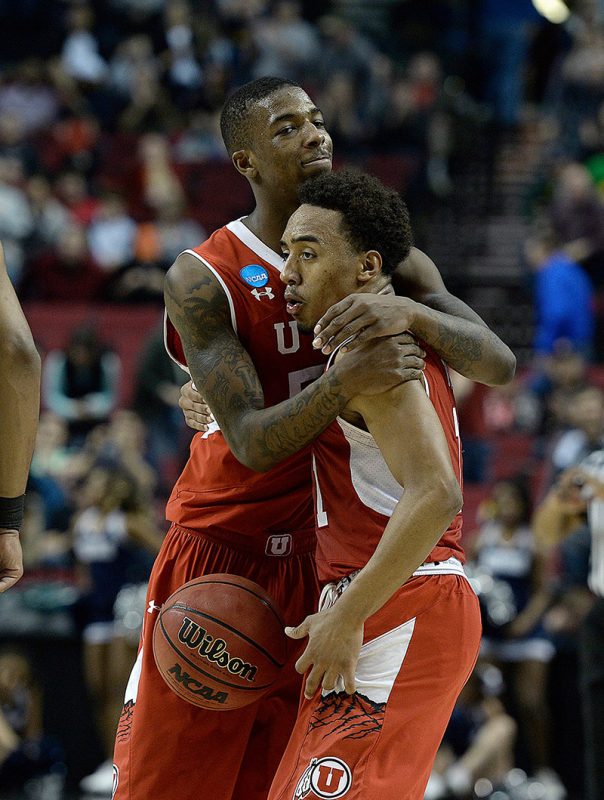 We interrupt this regularly scheduled golf blogram to bring you some college basketball.  I’m thrilled to have the opportunity to send my best wishes to the my University of Utah Runnin’ Utes basketball team.  The Utes, under coach Larry Krystkowiak have had a hell of a season.  The team has been ranked as high as 8th and spent much of the season ranked in the top 25, including a very tough schedule with many teams played in the top 15. This is amazing considering that four short years ago the program was at perhaps its lowest point in history, ranked somewhere near 310th out of around 315 teams.

The Utes made the NCAA Tournament for the first time since 2009.  In the first round they beat a “pesky” Stephen F. Austin team to advance to the round of 32.  In their next game the Utes faced Georgetown, who had some big players including one center who tipped the scales at 350 pounds!  That game was tied at 32 at the half, but the Utes pulled away to win by 11.

In the attached photo you can see the two star Ute guards (Delon Wright left, Brandon Taylor right) just after time ran out in the Georgetown game, both realizing they’d just made it into the Sweet Sixteen.  Credit goes to my pal Scott Sommerdorf, a Salt Lake Tribune photographer, for capturing such a cool moment.

Delon Wright has been so much fun to watch the last two years.   He is an amazing player and has been a big part of the Utes’ success.  Taylor, the shorter of the two, is 5-feet-9-inches of stud.  When he’s on and draining 3-pointers, the Utes are nearly impossible to beat.

The Utes face one of the most storied programs in the history of college basketball, the Duke Blue Devils.  Not too many give the Utes a chance at winning this game.  The Utes have a much better chance than most realize, provided their offense clicks and they don’t have some of those bad offensive droughts which have popped up in the few bad games they had this season.  One thing we can count on is a solid Ute defense, which will hopefully cause Duke some fits.

I’m greatly looking forward to Friday’s game.  Regardless of the outcome, it has been a fantastic season for my Utes and it is great to see this once-great program back where it should be.

The most popular golf course in Salt Lake, perhaps even the whole state of Utah, is Bonneville Golf Course and for good reason.  This is one of my “home” courses (yes I have several) and I really have fallen in love with the layout.  The greens are always well maintenanced, and challenging.  There is a very good amount of elevation change at “Bonney.”  And one of the most unique oddities about the course is the fact that it has no fairway bunkers.  None.  Can you think of any course which has no fairway bunkers?

Since its beginning, Bonneville has been watered by hand.  “Night watermen” pick up big hoses and patrol the course starting at about sunset, and work until sunrise to keep the course green and playable. I’ve befriended several of the night watermen, one who is no longer with us.  A plaque sits at the base of the tree behind the par-3 17th green, dedicated to my friend Jeff.  Night watermen are a unique breed; one which is going to be out of a job very soon.  Construction on the long awaited irrigation system has begun. 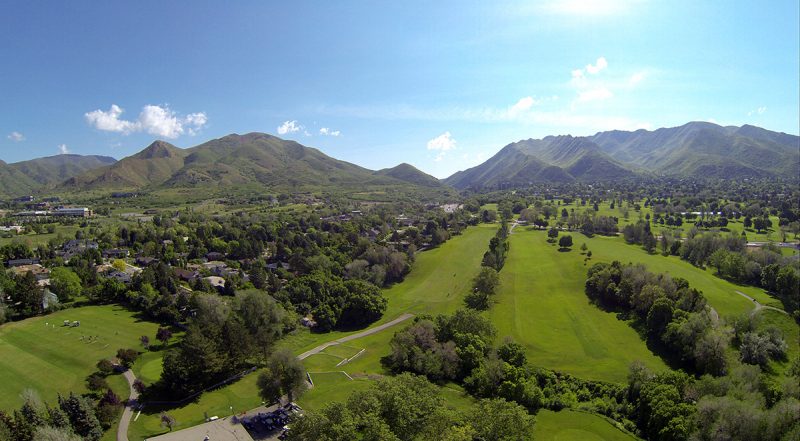 Last year I had a fantasy idea about tagging along with the night watermen and a video camera at Bonneville to do a sort of behind-the-scenes interview/story.  I dropped the ball, favoring my beauty sleep.  Maybe I’ll still have the chance if their services are needed before the irrigation system is completed.