Red wine is my evening adult beverage of choice. Tonight the lovely lady and I will be toasting the fantastic 2016 Ryder Cup with the official wine of the Ryder Cup, Mouton Cadet. Don’t let all those “unofficial” imposters fool you. 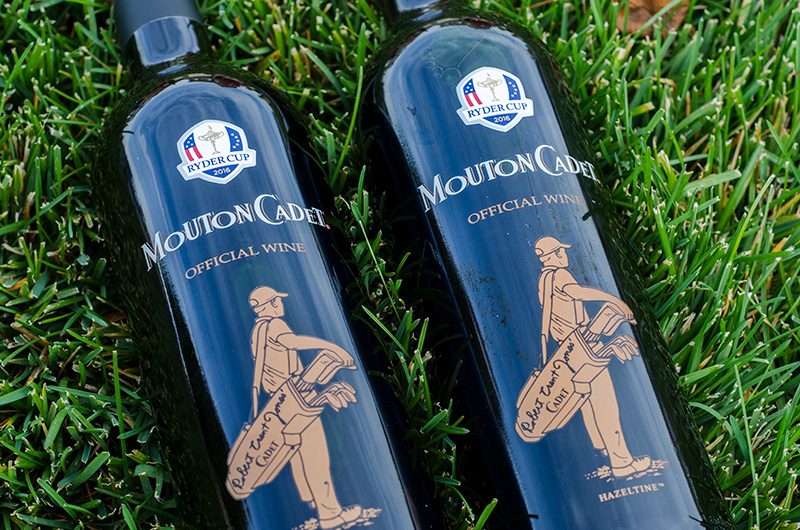 Yes this is the point were I have to lament the struggles and difficulties of running one of the top golf blogs in the universe. Taste testing Ryder Cup themed wine can be very difficult. Not everyone has the skills, perseverance, and mental fortitude to take on and overcome such challenges.

I do it for you, the HOG patron.

DVR Alert – Yes I know this info can be found elsewhere, but I like having the 2014 Ryder Cup TV times where I can EASILY find them…

Also, right now I’m using the Android version of the Ryder Cup app to watch the matches live on my smartphone.  It is great, except when I started the app in my cubicle at the office and a completely obnoxious and loud advertisement played on the speakerphone.

The Ryder Cup app is available for Android and iOS.

There are a lot of disappointed Spaniards right now. Spain was the sentimental favorite to win the 2018 Ryder Cup bid with the recent death of golf legend Seve Ballesteros.

That sentiment wasn’t quite enough to win the bid for Madrid though. Here’s an official quote from Madrid’s President of the Royal Spanish Golf Federation (RFEG) Gonzaga Escuariaza:

“Madrid would have been a fantastic venue for the Ryder Cup in 2018, but unfortunately our dream has not come true. I honestly believe we could not have produced a better bid, and I have been extremely proud to be a part of it. I hope that Spain will one day be given the opportunity to host the Ryder Cup again. Congratulations to France on their victory, I’m sure they will do a fantastic job.”

Following the announcement, unofficially and off the record the French were heard saying the following quotes to the other countries it was competing against for the bid (Germany, Holland, Portugal, Spain):

“Your mother was a hamster and your father smells of elderberries.”

The venue for the 2018 Ryder Cup is Le Golf National, a “stadium course” on the outskirts of Versailles near Paris, France.

Sounds like I need to find some way of getting on the Ryder Cup team. I love Paris and France in general.  Want to go back now!

I don’t normally post press releases or solicitations from PR firms here.  If I did, I’d post about 30-50 per day.  But this particular one involves a player who I’ve always been a big fan of, Seve Ballesteros.  Seve is lobbying for Madrid’s bid to host the 2018 Ryder Cup.  Maybe if they win the bid, they can thank me for the help by bringing me to the 2018 RC…  One can always dream.

Below is a letter from Seve.  Click read more if you can’t see it.
END_OF_DOCUMENT_TOKEN_TO_BE_REPLACED