The upcoming Hooked on Golf Blog World Tour trip to Scotland is 22 days, 4 hours, 12 minutes and 34 seconds away. But who is counting? During this particular tour I intend to carry my bag and what would you know, a great candidate for that job has arrived for review from Puma Golf.  This is the Superlite Stand Bag: 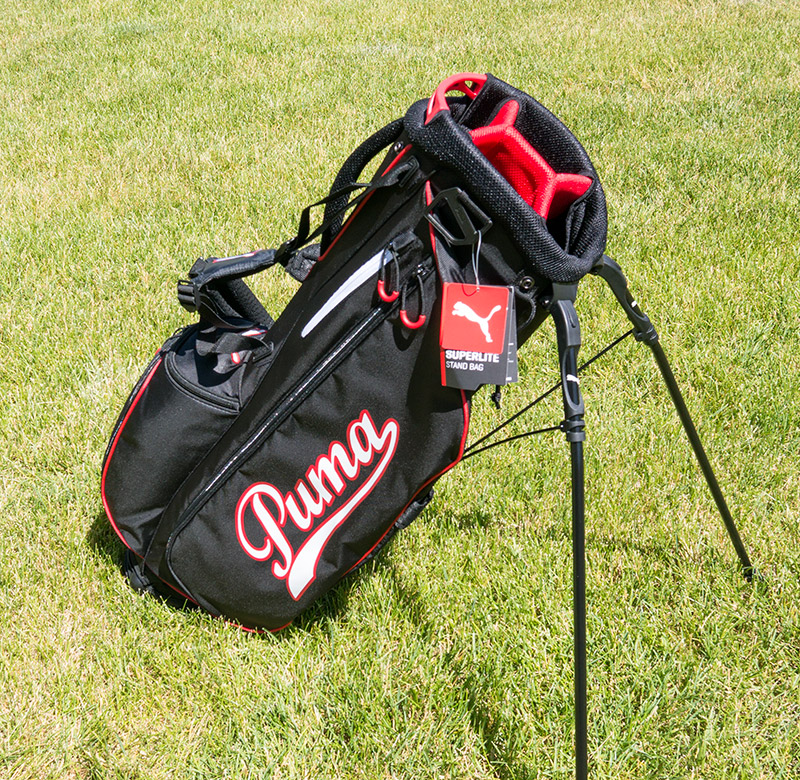 I’ve been thinking about using a “Sunday Bag” for the Scotland trip because of how light and small they are. A couple of problems with Sunday bags are that they don’t have stands, and they typically can’t hold much. In Scotland I am going to need some room for sweaters and rain gear. That’s what may make this Puma Superlite the ticket. It’s only 3.8 pounds but has room for 14 clubs plus a ton of rain gear and other needs, like flasks full of scotch or extra golf balls if the gorse is particularly hungry. 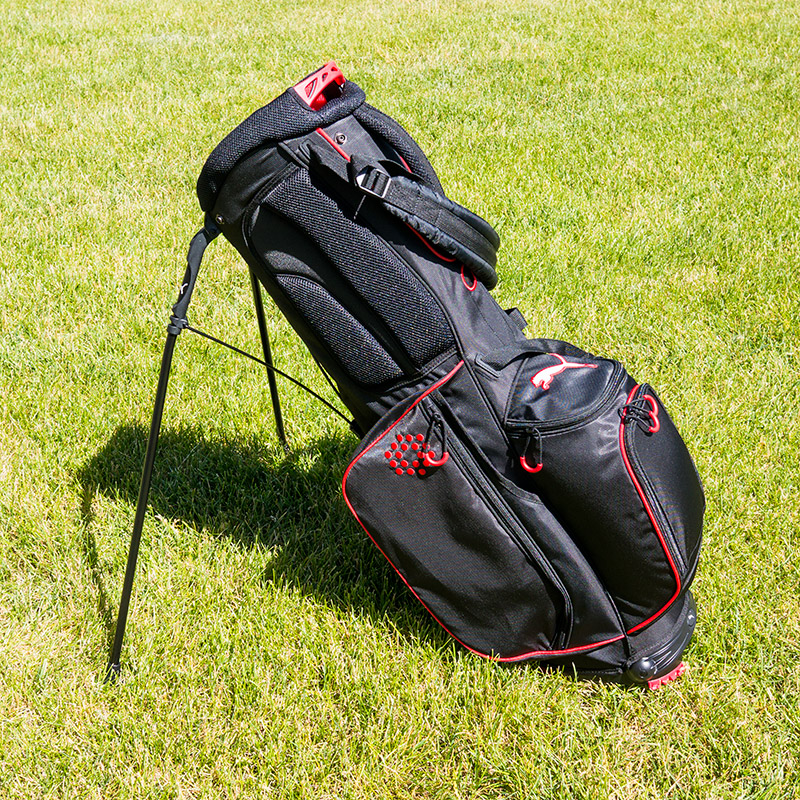 I will begin my testing as soon as my next round, in two days. Stay tuned for my full review after I’ve had enough real rounds of golf to fill up my cranium with opinions about this bag. And stay tuned for the upcoming Scotland pictures to see if this bag made the cut for the trip to the birthplace of golf.

It is spring here in northern Utah. What that usually means periods of rain, cold, wind, hail, with the occasional jump up to 95 degrees. The last couple of weeks the temperatures have been in the 50’s and 60’s on average. That’s perfect for the Puma Golf PWRWARM 1/4 Zip Popover, which I’ve been sporting on and off the course for several weeks. Here’s a shot from Valley View GC last week. 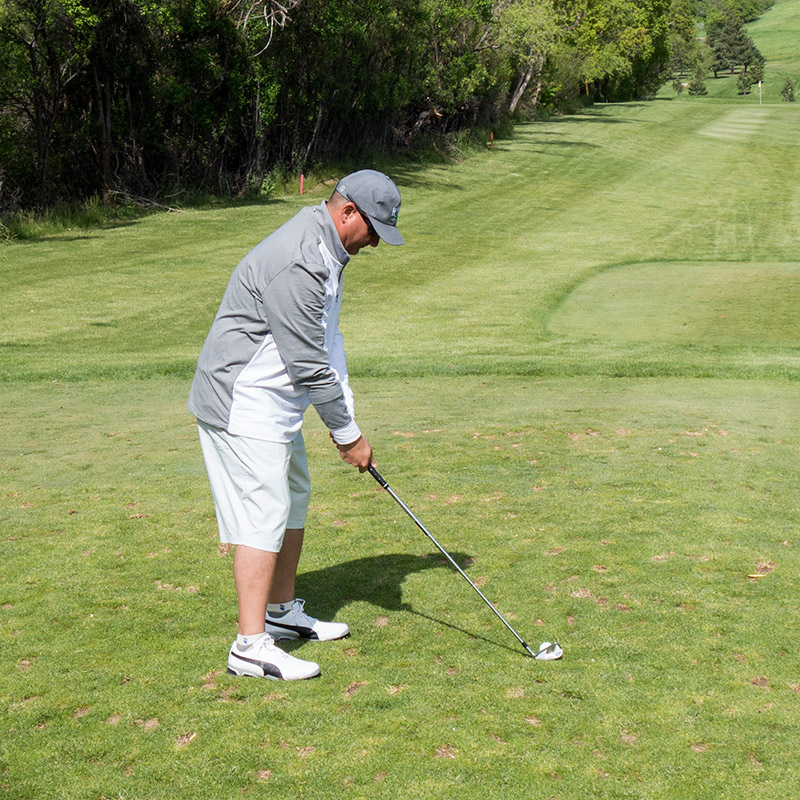 In the round above there was just enough of a chill that I needed to take the edge off my core, but not enough to wear long pants. Then again, my nickname is “no-pants” so it has to be pretty cold to go that route.

First things first. What on earth is “PWRWARM?” This is some amazing technology actually. It is a ceramic print that helps recycle and redirect the golfer’s body heat. Here’s how Puma describes it:

A CERAMIC PRINT THAT REFLECTS MORE OF YOUR BODY HEAT BACK TO YOU, SO YOU CAN KEEP PLAYING.

HERE’S HOW IT WORKS
High-performance golf apparel that keeps you warm in cold conditions; it’s a simple idea. Here’s how it works:

1. Heat is absorbed by the PWRWARM ceramic coating from the body.
2. Excess heat is stored by PWRWARM away from the body.
3. Stored heat is released back to your body if it gets too cold.

So basically a ceramic material stores and releases the golfer’s heat back to him as needed.

The color shown above is one of seven color combinations, “white / gray medium heather.”  Other combos include gray and black bases with the color orange, purple, and a couple of blue shades.

Sizes run from small to double XL.  The size I’m wearing is an XL and it fits great, not too loose.

As I mentioned, I’ve had this fantastic Puma Golf outerwear piece in action on the course for a few weeks.  It has served me very well, taking the edge off the sometimes cold spring air here.

During the golf swing the 1/4 Zip Popover is extremely comfortable.  There is no binding.  No tight areas.  No restriction when the body is coiled up or releasing a massive drive down the fairway.  I particularly like that the fit is slimming but not loose.  I need all the slimming I can get.

Off the course I’ll wear this piece in the office when it is chilly, or when I’m out on the town.  It’s so sharp and comfortable it can work well for many situations off the course.

I love the style, performance, and comfort of the PWRWARM 1/4 Zip Popover.   The white/gray matches up well with just about any apparel scripting I’m sporting.  I especially dig how the gray matches up with my HOG hat.

Some golf outerwear can get into the crazy zone price-wise.  Based on all the great properties and style of the 1/4 Zip Popover I wouldn’t have been surprised if it was in the $200+ range, but this piece is an extremely reasonable $75.00 retail price.

I’m stoked to take this piece as one of my scripting choices for my upcoming Scotland golf trip in July.  Even in the summer the temps in Scotland can be a bit chilly if the sun goes behind the clouds.  The 1/4 Zip Popover will be a perfect solution.   Can’t wait.

Thunder showers are hitting this morning.  Rain, wind, lightning… in other words a beautiful day in Scotland.  I’ve got my outerwear scripting ready.  I’m rocking my new Puma Storm Jacket. 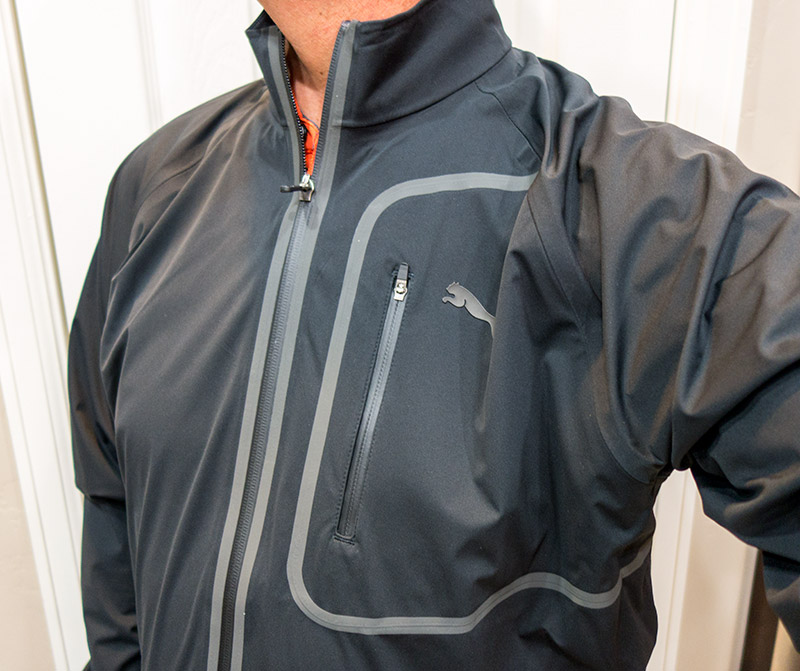 I walked around in the rain a bit this morning before going into the office to give the jacket its first test. The water beaded up and the jacket did a fine job keeping me perfectly dry.

After some on-the-course testing I’ll post my full review of the Puma Storm Jacket. Stay tuned.

My shoe queue is getting a little out of hand. Thankfully spring is here and I can start getting to these reviews. One of the new items on my review list is the Puma Titantour Ignite golf shoe. 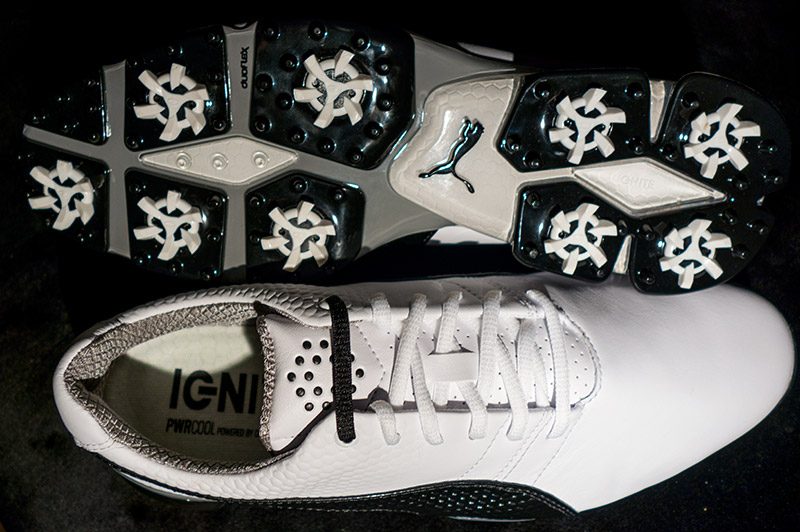 The Puma Titantour Ignite is Puma’s latest tour shoe. Typically the word “tour” means the ones the pros use in tournaments.

These are fine looking spiked shoes which come with the “Ignite” foam inside. This is very much intriguing to me as I intend to walk most of my rounds this year to get more exercise. After yesterday’s walking round my right knee was sore (different shoe) so I’m hoping some shoes with good cushion and low impact help. Plus I’ve got an upcoming Scotland trip. The last trip to Scotland I walked nearly 110 miles in a week on the golf course.

These are 2nd in my queue and I’ll be posting my full review of the Puma Titantour Ignite Golf Shoes in roughly 3-4 weeks after having a chance to fully test them on the course. Stay tuned. 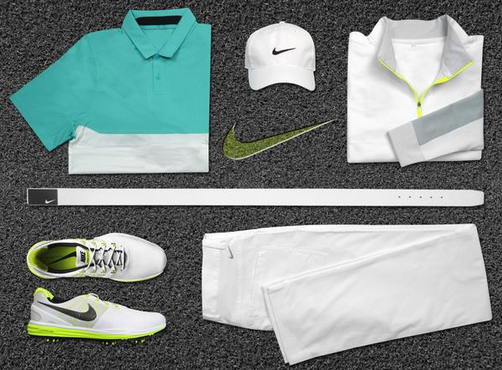 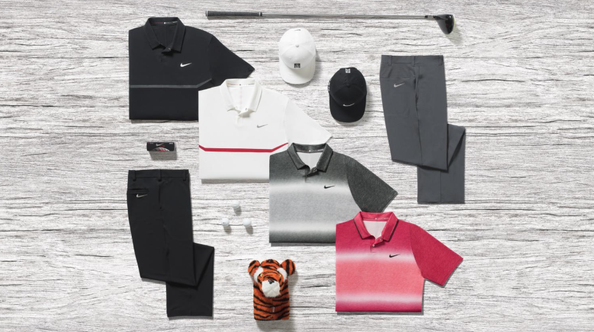 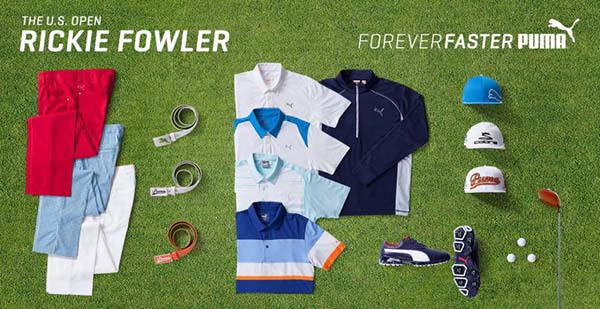 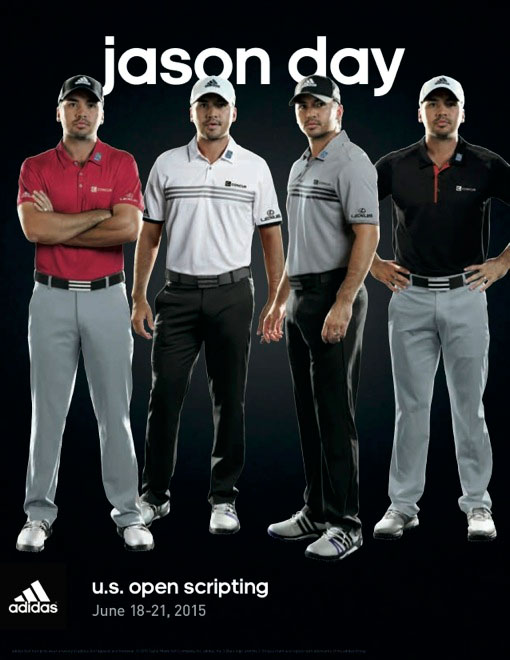 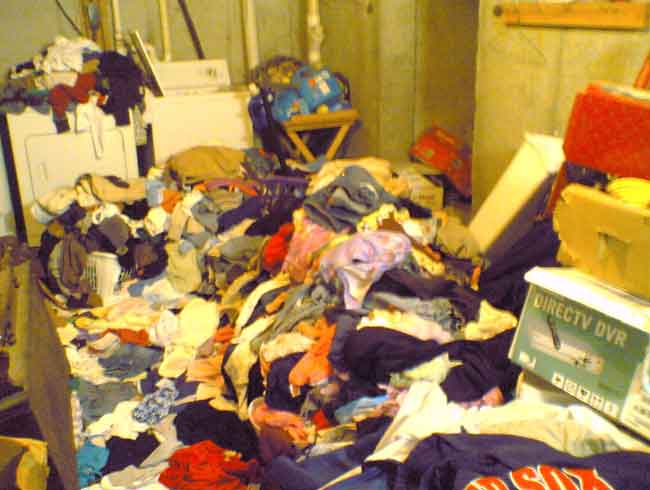