Guess I’ll jump on the “how will Tiger do?” bandwagon

Never thought I’d see him playing in a fall series event but this week Tiger Woods is playing in the FRYS.com Open.  Seems like every golf publication, golf forum, golf blog and golf social network entity is posting a “how will Tiger do?” article.  Ok, I’ll bite.

How Will Tiger Do?  Food for thought:

Tiger has just recorded a course record 62 this past week at The Medalist Club in Hobe Sound, Florida.  The media have been going nuts about this.  I look at it a couple of ways.  Yes, a 62 is amazing.  But consider that this is a no-pressure round with no media, no gallery and no field of Tour players gunning for him.  Can he bring that to a Tour event?

One a permanent fixture in the #1 world golf ranking, Tiger has dropped 50 spots to 51st.

This week’s field at the FRYS is very weak in world golf ranking.  I haven’t had the time or desire to research this one myself, but I heard mentioned that TW was the highest ranked player in the field at 51. Update: Whoever mentioned that was incorrect. Louis Oosthuizen is ranked 49.  Not going to go any deeper looking at player rankings for this field of 120.

Your Opinion?  How Will Tiger Do?

Comment in here how you think Tiger will fare this week and why.

Personally, I’m most interested to see how Tiger and Joe’s high fives fly.  I wonder if they’ve been working on them on the practice range and if so, will they be able to bring that to the course? 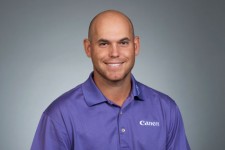 Then there was the “$10 million shot.”  On the 2nd playoff hole, the par-4 17th, Haas found the fairway bunker and had an approach of 150 yards.  He tugged it just enough for it to hit the green but go over the green and down into the hazard left and deep.  But the ball was half exposed in the water, 10 feet below the surface of the green.  With his right foot submerged in the water, Haas opened up his wedge and hit one of the most amazing shots I’ve seen, especially with that much on the line.  The shot landed with amazing spin and zipped to a stop in easy par range.  Mahan might have already been counting is big prize before that… END_OF_DOCUMENT_TOKEN_TO_BE_REPLACED

AT&T at the Mink

No Tiger Woods
The big news this week at the AT&T is once again that Tiger Woods will not be playing.  In fact, Tiger has said that the most golf he has done since bowing out of THE PLAYERS is hitting a few putts.  There is much speculation as to the date which Tiger will return, anything from the British Open to the PGA Championship to 2012.  I’m guessing 2012 is the most likely.

Aronomink (The Mink) is a beautiful tree lined golf course designed by one of the most famous golf course designers in the last 100 years, Donald Ross.  You may have heard of one of Ross’ other designs, Pinehurst #2.  Donald Ross himself called “The Mink” his masterpiece, not #2.  There’s even a plaque near the 1st tee quoting Ross on that very fact at Aronomink.  How do I know this?  I played the course about 10 years ago with my best bud.

The Mink’s greens are quite a challenge.  They’re very undulating and can be very tough if the speeds are pushed up to tour level pace.  Think of Augusta only with some even more severe shaping on the putting surface.

As I mentioned, I played the Mink years ago, back when digital cameras sucked.  So I have some photos of Aronomink from back then, but they’re not the quality level you may be accustomed to from the HOG Image Gallery.

I’m tuned into the live video streams on my iPad and desktop machines watching the Masters. But I could have sworn I was watching the Bob Hope Desert Classic. Scores are continuing to be very low, lots of red numbers on the leader board.

END_OF_DOCUMENT_TOKEN_TO_BE_REPLACED

What a day so far.  Rory McIlroy dropped a 65 on Augusta National, and didn’t get as much out of that round as he could have.  With better putting he could have posted a low 60’s round.

Phil Mickelson started out with 7 pars in a row and birdied #8, sitting at -1 on #9 tee.  Despite previous announcements, Phil did NOT go with two drivers.