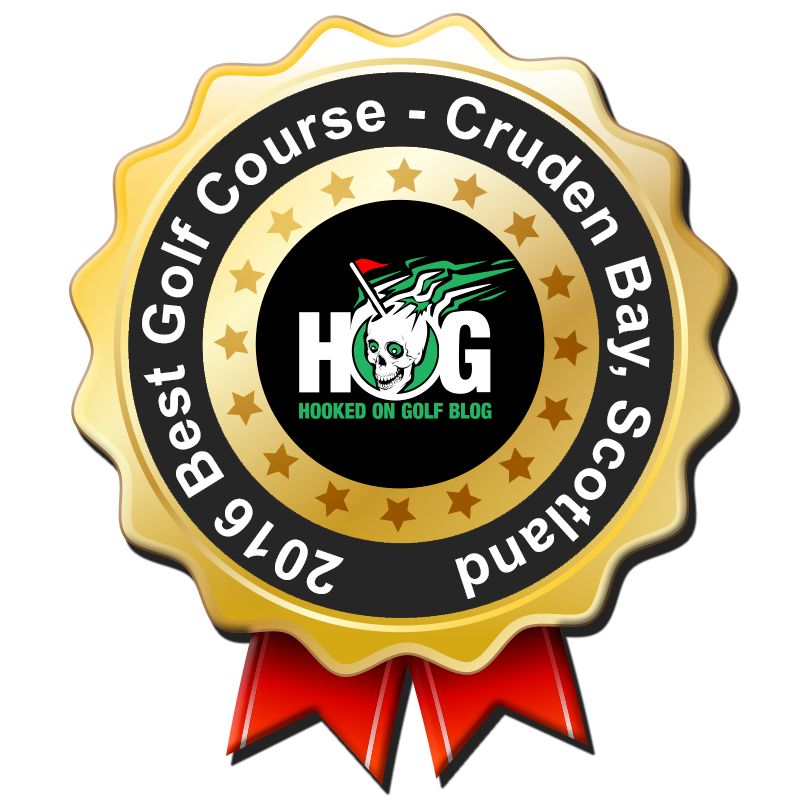 For the first time in history, I spelled “aficionado” correctly without needing spell check or google… Yay me.

Today’s review is of a very unique golf and lifestyle product that not many golfers will get an opportunity to try, Pete Dye cigars. But since HOG is all about delivering unique and useful content which isn’t found elsewhere, I bring you this incredible bit of golf blogging. 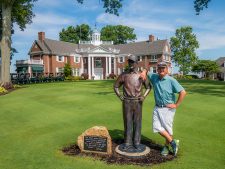 First off, one must know who Pete Dye is before going much farther into this review. For those who don’t know, Pete Dye is one of golf’s all-time greatest golf course architects. Dye is known for his “Dye-abolical” designs around the world. Some of his most notable courses include TPC Sawgrass which is home of THE PLAYERS Championship. Always write “THE PLAYERS” in ALL CAPS! It’s what they do. Other courses Dye is famous for include PGA West, Trump National LA, Harbour Town, Kiawah Island, Whistling Straits, Casa de Campo, Southern Hills.

Recently I played and reviewed a newer Dye course in Indiana at the French Lick Resort, named the “Dye Course.” I must say that was probably the toughest course I’ve ever played, and by a large margin. The picture above right is of me and Mr. Dye at French Lick.

At the conclusion of the $350 round, the Dye Course at French Lick rewards the golfer for surviving by giving him and his group a goodie box with whisky and Pete Dye cigars inside. Thus, this Pete Dye cigar review.

First one might think that a course giving out cigars is going to be giving out crap quality smokes. Honestly, I expected that too. But one must realize that Dye has a lot of courses, and even a house in the Dominican Republic. Depending on who you talk to, some say Dominican cigars rival Cuban cigars. I love them both. So these cigars are no cheapos. No way. They’re actually VERY good. 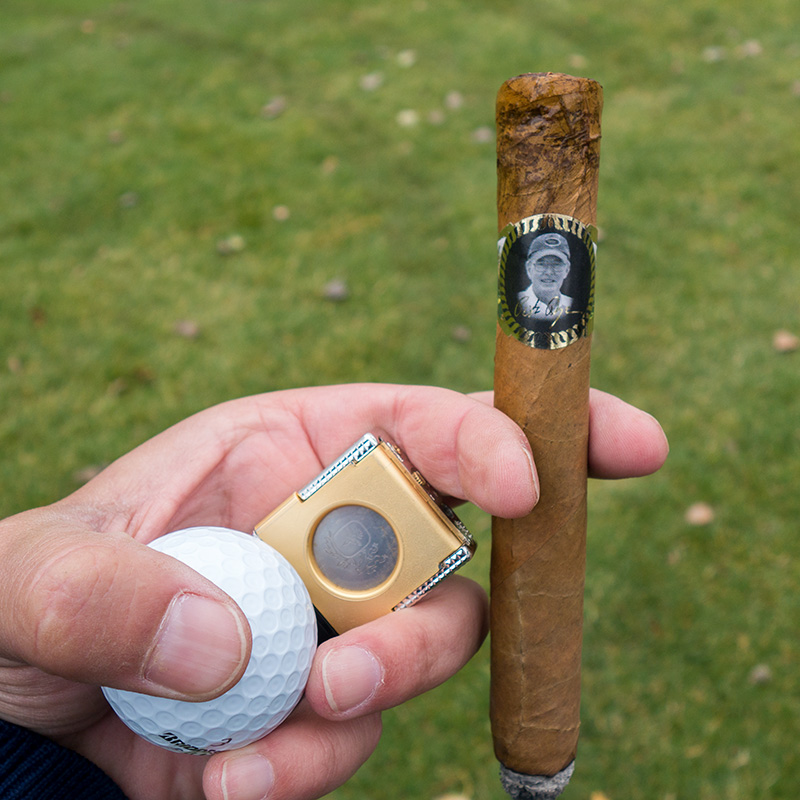 This cigar is smooth and enjoyable.  I’d call it a medium strength smoke.   Through the life of the cigar, down to roach-clip-range, it was consistently flavorful.  It didn’t get nasty at the end like come cigars do.

During one recent round I handed out these cigars to my pals.  My golfing buddies who were with me that day enjoyed them very much.  And as I usually do, I played my best golf with the cigar in action.  I was EVEN PAR on the day.  Thanks Pete.  I can call you Pete, right?

I haven’t researched to find out if one can buy the Pete Dye cigars, or if so where they are available.  The only place I know to get them is by playing golf at French Lick’s Dye Course.  As good as these cigars are it just might be worth the $350/round cost to get them!

It has taken a few weeks to process my experience at French Lick Resort’s Pete Dye Course.  I was also slightly sidetracked by a little trip to Scotland in that timeframe.  The dust in my golf cranium has settled.  I’m ready to try and tackle this big review of a big golf course.

First off, let’s get the location figured out.  French Lick Resort is in Larry Bird country, the towns of French Lick and West Baden Springs in southern Indiana.   The closest major city and airport is Louisville, Kentucky.  Next would be Cincinnati and Indianapolis.  The resort sits on a large and historic estate which dates back to 1845.

The Dye Course is a 5-10 minute drive from the West Baden Springs Hotel and the French Lick Hotel and Casino.  The course lies on one of the highest points of elevation in Indiana, producing a 40 mile panoramic view.

First off, one must know who Pete Dye is.  Pete Dye is a Hall of Fame golf course architect who has built some of the most famous courses in the world.  Some of Pete Dye’s most notable courses include Kiawah Island Golf Resort, Harbour Town Golf Links, TPC Sawgrass Stadium (home of THE PLAYERS), Whistling Straits, and PGA West. 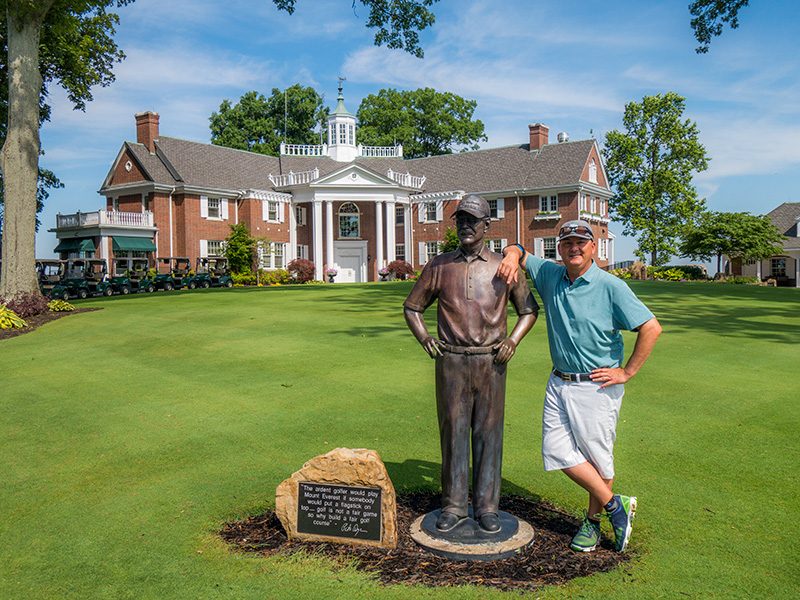 Pete Dye and me

The Pete Dye Course at French Lick is certainly one of the most difficult courses in the USA, if not the world.  The course rating from the tips is an unheard of 80.0.  The slope is a massive 148.  It’s hard to translate those numbers for those who don’t understand rating and slope.  A skilled professional on average would shoot an 80 on this course, on a good day.

The course plays to a par value of 72.  The total yardage is 8,102.  Amongst that hefty yardage is par-3 16th hole which measures 305 yards.  If the length isn’t tough enough, there’s water down the entire right side.

The views presented to the golfer from the tees are tremendous, challenging, and worthy of not only a solid tee shot, but a solid shutter release of a nice DSLR camera. 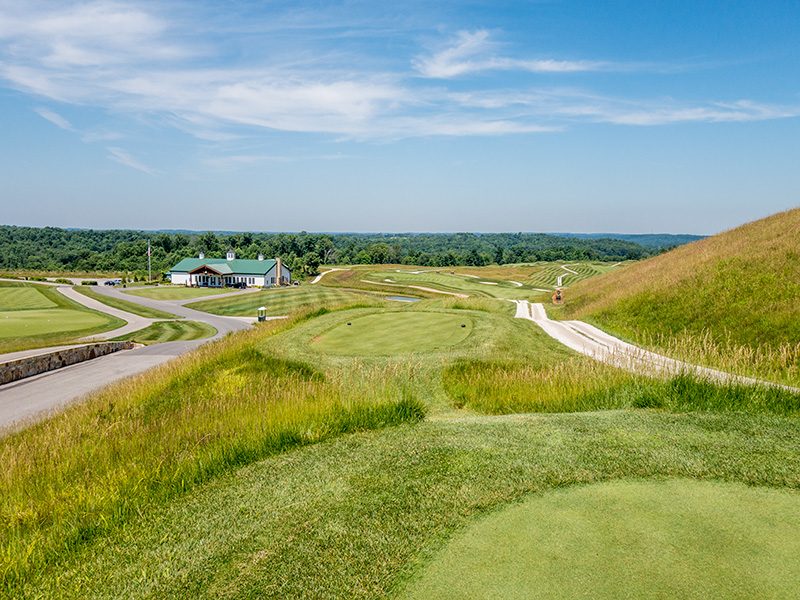 Where to aim from the tee on the Pete Dye course is a tough call on nearly every hole.  Visually the landing areas look extremely narrow and seem like they’re miles away.  Wait a sec… that’s because they are extremely narrow and miles away.  One must know how far they hit their drives or layup shots, exactly.  Then execute a near perfect shot to hit that precise spot to keep a ball in the fairway.  And I’m talking about the par-3’s!  I kid. I kid.  Sort of.

END_OF_DOCUMENT_TOKEN_TO_BE_REPLACED

The Hooked on Golf Blog World Tour was in French Lick, Indiana last week to experience golf and the French Lick Resort. In addition to the fabulous Donald Ross course, I had the opportunity to play the Pete Dye course at French Lick. Wowsies. 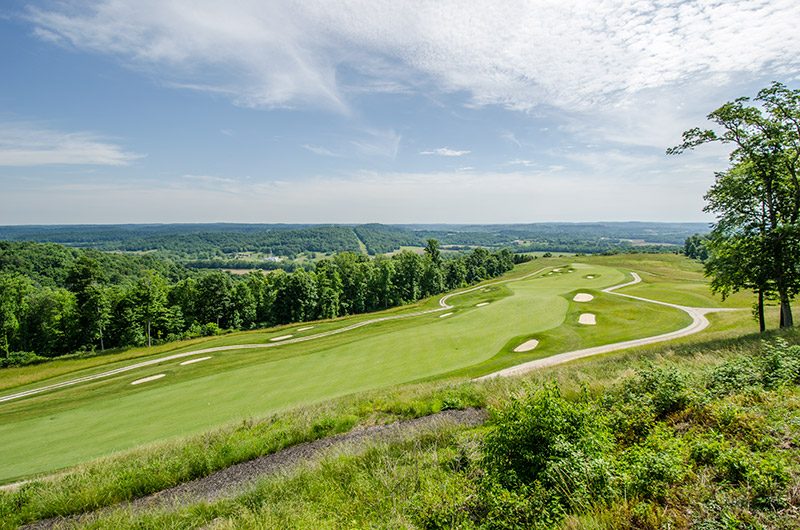 On a difficulty scale from 1-10, the Dye Course is a 12.3. With a course rating of 80.0 and a slope of 148, I’ve not played a more difficult course. And I’ve played some of the world’s most difficult courses like TPC Sawgrass, Wolf Creek, and Carnoustie. 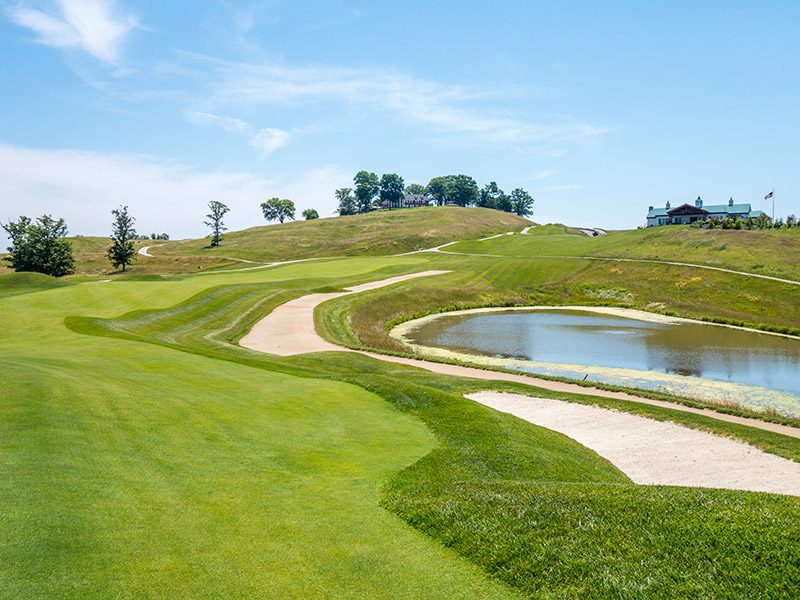 I will be posting my full review of the French Lick Pete Dye course as soon as I’ve recovered from the beatdown it gave me. Stay tuned.

Yesterday I played a new course here, about an hour from my place with my new pal Chris from My Golf Book.  The course is the Promontory Dye course, designed by Pete Dye.

We had a great time and this course is pretty wild.  Unfortunately the greens had been punched and it has been raining here for what seems like several weeks straight.  So the greens were so bad we decided to implement a max 2-putt rule.  I hope to get back up there when the conditions are better to experience the course as it is meant to play so that I may do a full review here.  Here are a couple of pics below from my newly added Promontory Dye Gallery which already has about 100 images.

Above, the tight driving 2nd hole

Above: the par three 16th hole