Having played the Old Course several times now, I have a soft spot in my heart for any cool photos, blog posts, or video from there.  The St. Andrews Links Trust keeps a blog which is one of the few golf blogs I frequent. I love seeing their updates.  Today’s was fantastic, a time lapse video of the rebuild of the very daunting “Hell Bunker.”  I’ve been in that bunker, once.

The riveting (the laying of sod layers to create the steep walls of the bunker) is tedious and expensive in terms of labor and money.  No courses I know of in the USA do this kind of bunker work.  It is very cool.

Hats off to the St. Andrews Links trust for such a neat video. 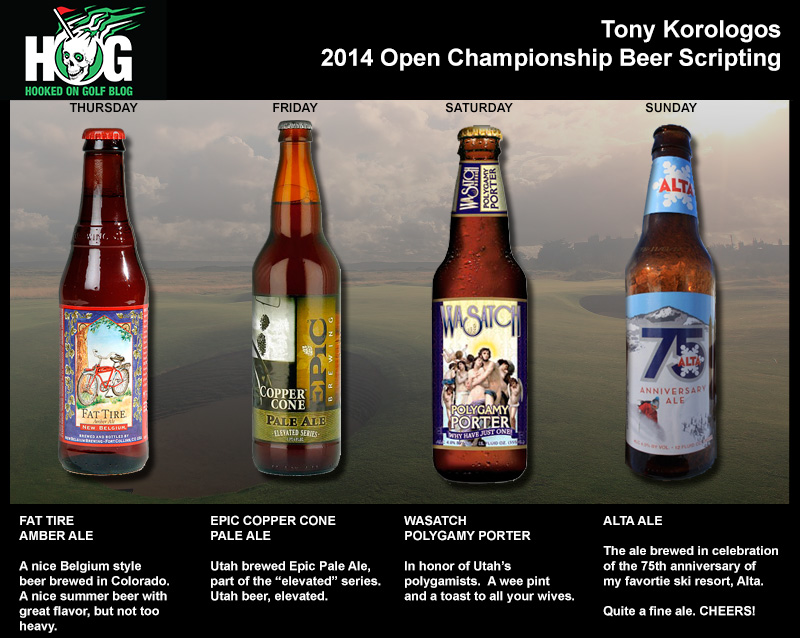 For this year’s scripting I start in Colorado with the famous and tasty Fat Tire beer. Then I move to my home state of Utah, featuring beers from Epic, Wasatch, and Alta Ski Resort.

Special toasts go out for Friday’s beer script, a dedication to all of those Utah polygamists and their many wives. BIG LOVE.