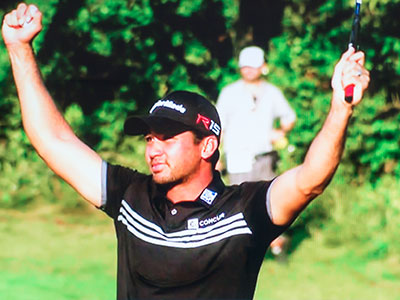 I’ve been thinking a lot about Jason Day and how close he has come to winning majors over the last few years.  The psychology of winning majors is tough.  You know he has the physical tools to win one, but has yet to overcome the psychological part.

Think about the two winners this week on the PGA Tour and the European Tour, Jason Day and Danny Willett.  Both of those players were on the top of the leader board in the Open Championship 1.5 weeks ago.  All due respect to the RBC Canadian Open and the Omega European Masters, but I think Day and Willett won partly because there was much less pressure than in a major.

Not sure about Willett, but I do believe Day will win a major at some point.  But I think the pressure and psychology of coming so close time after time make winning a major tougher and tougher.

For you to follow along at home, the 2015 round three pin sheet.  Some of the usual pins on holes like 13 and 16, but 12 is a little different than last year.