I’m a bit hammered this morning.  Certainly a case of U.S. Open hangover.  I had expected to be getting ready to watch a Monday playoff today, the day after Sunday’s final U.S. Open round.  Dustin Johnson’s stunning and heartbreaking 3-putt on the final hole nixed that great idea.  Boy I feel bad for the guy.  He looked like he’d seen a ghost after that 3-putt.  I probably would have thrown up after that, if I was in that situation.  Hell, I would have probably thrown up before each putt…

Hats off to Jordan Spieth for putting the winning number up on the board and putting the pressure on DJ to tie him.  The Spieth story is becoming legendary in a very short period of time.  It is quite a time in golf, with Tiger seemingly on the way out and Spieth and McIlory taking over.

Chambers Bay quickly became a very polarizing topic of discussion on golf TV, interwebs, and socials.  Having been to Chambers Bay myself, and playing dozens of rounds of golf in Scotland, I’m a fan of hard, fast, brown golf.  So I get what course architect Robert Trent Jones II was going after.  The course’s location though, meant not just hard conditions, but Poa annua grass on the greens.  We deal with Poa here in Salt Lake too.  It grows faster than other grasses and has tougher leaves.  So when a green isn’t 100% Poa (like Pebble Beach), it gets bumpy.  It can be very frustrating to putt on greens like that and many pros voiced their displeasure with the bumps, along with their displeasure of the USGA setup. Fans see a brown course and think it is dead. They expect golf to be like Augusta National and the Masters Tournament. In reality, almost no courses have that kind of budget and with water as short as it is becoming, minimalist brown golf is the future. Plus, it is more fun in my opinion.

I engaged (perhaps still) in some great debates on my Twitter and Facebook pages with friends about the setup and conditions.  It seems, almost like the fans or haters of Tiger Woods, that people either loved the course or hated it.

Gary Player had some pretty harsh commentary about Chambers Bay.  I was quite surprised he called out RTJ like he did. Then again, he’s a golf course architect and RTJ is a competitor who just had his course featured in the U.S. Open.  So I take his commentary in that context a bit:

On Sunday the greens looked to be rolling quite well.  Spieth made an incredible long-range putt for birdie on the 16th which had perfect speed and dropped in on the side of the hole.  No bumps there. DJ’s 3-putts all rolled nicely, unfortunately for him the first two didn’t roll nicely into the hole.

Well if the golf media wasn’t already in a Spiethgasm, they will be now. Be ready for the Spieth-slam talk, and for the ever popular “will Spieth break Jack’s major championship record?” drivel. That of course between the “hottest women in golf” and “hot wives and girlfriends” photo gallery garbage.

How can you not have a Spiethgasm though? This 21 year old kid is doing something special, and I’m glad I’m here to witness it. What’s more is he’s not an overpowering player like Tiger Woods was (yeah I said was). He’s not long, but he’s long enough. There are really no holes in his game. No weaknesses I can see. The next few years are going to be a joy to watch.

I felt really bad for DJ after the 3-putt. The look on his face was unreal. He was melting. I melted too. He’s had many chances to close out majors. Undoubtedly he has the game. He needs to overcome the pressure and mental aspects of winning the big ones and he’ll get it done.

What’s wrong with Tiger Woods? A lot apparently. After rounds of 80 (+10) and 76 (+6) he went home early. I tuned in just in time Friday to watch him DUFF a 3-wood. It was a horrid shot, so bad that I recorded it and watched it several times in disbelief. There were so many things wrong with that particular swing that it looked like a 15 handicapper.

There are many theories as to what Tiger’s problem is. A new one discussed in my golf group is his possible fear that his will be the biggest fall from the top in sports history. I don’t know what the problem is, and it is likely a combination of many many things. Physically he looks fine, which leaves the only possible solutions within the 5-inch course between his ears.

I watched Jason Day collapse on the 18th hole Saturday, a result of vertigo. Man that’s terrible and I felt for the guy. He did manage to finish the tournament but what a story it would have been had he won the tournament. A valiant effort by Day.

Rory McIlory is no Tiger Woods. Tiger was much more consistent when in his best years. Rory is super-streaky. When he’s hot, nobody can beat him. When not, he can miss cuts. McIlory showed some life in the tournament, but in the end was not a factor. No worries about his game. That’s the way he rolls.

Wow tough deal for Branden Grace (also known as “Branden Gracen” on the Fox broadcast).  Standing on the 16th tee he was at -5, tied with Spieth, two shots ahead of the nearest competitors.  One swing later his 3-wood goes out of bounds and kills his chances of winning.  Brutal.

There was a little too much talking, almost like baseball announcers who think they have to fill up all the dead space with sound.  Many complain(ed) that all Greg Norman does is talk about himself.  Seemed like Greg was fine to me and not this self centered personality they made him out to be.

What I did like was the drone coverage, since I too build and fly drones, mostly for flying over golf courses and shooting video and photos.

Many complained about not seeing the shots, and I agree. Fox had it tough though, having to break themselves in at such a difficult venue.

Overall I’d give Fox a C grade and I do expect they’ll analyze what they did, listen to the critics, and try to improve their product.

In the end the 2015 U.S. Open was exciting, controversial with regards to course setup like EVERY U.S. Open is, and produced a stellar leader board of the world’s best golfers. The USGA got what they wanted, a handful of players under par and a test that filtered out all but one of the top two players in the world as its champion. 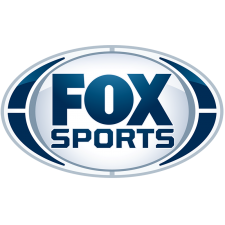 This past weekend at the Franklin Templeton Shootout was the debut of Fox Sports’ golf coverage, featuring Joe Buck and Greg Norman on the call. Golf websites are buzzing with opinions. The Greg Norman and Joe Buck lovers have great comments, and predictably the haters have criticisms.  Some sites have penned several thousand word essays on the coverage, down to nitpicking every sentence and every transition from one camera angle to the next.  Seems like a case of analysis paralysis to me.

I have not watched any golf on TV since the Ryder Cup.  I’d much rather play golf than watch it.  I don’t imagine I’ll watch any professional golf on TV until the 2015 Masters Tournament, so my take on Fox and their golf coverage can be summed up in one sentence:

“Too apathetic to care.”

What’s your take on the job Joe Buck, Greg Norman and crew did this past weekend?