I recently reviewed the 6-layer golf ball from Forté Golf, an Australian based company.  That’s the first of two golf ball models from Forté Golf.  Today’s review is the Tour-Performance S model.  This is a ball with a different construction than their 6-layer, but still focuses on “tour” performance.  What does that mean? We hear “tour” all the time when referring to golf equipment, especially golf balls.  Tour typically means high short game spin and a soft urethane type of cover for control in the short game.  Let’s take a look at the Tour-Performance S. 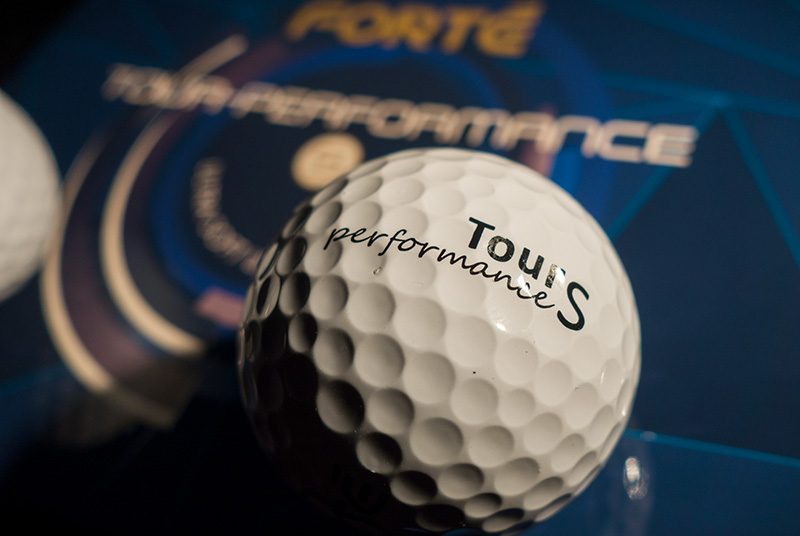 The Tour-Performance S is a 3-layer ball, often referred to as 3-piece construction.  The layers are the core, mantle, and cover. Each layer has specific properties and materials designed specifically for performance characteristics throughout the various shots.  Golf ball construction is tough.  Lower spin rates are great for longer distance and accuracy with the long clubs.  But higher spin rate is desired for shorter shots. That high spin provides bite and control.

The core primarily gives the ball its compression, and feel off the driver. The core of the Tour Performance S is soft and produces a low spin rate with the driver.  The mantle blends the core with the cast urethane cover.  The urethane cover provides the ball’s feel and control in short game shots, even putting.

Driving with the TPS is excellent.  I love the softer core. I’m able to hit this ball as far most brand name tour quality balls. Just yesterday I was in a tournament in high winds and was still able to hit some long drives which held their line nicely.  I even got to put my name on the long drive sign, but that didn’t last long I’m sure.

The soft core and urethane cover make for great feeling shots with the irons.  Longer irons compress well and my accuracy with them is great. Shorter irons and especially wedges stop on a dime and leave 7 cents change. In my last round I nearly holed out two shots from roughly 100 yards. Quite sure one lipped out.  Nice to have a 10 inch birdie putt now and then.

Short game shots, chipping and pitching around the green are huge beneficiaries of the urethane cover.  I feel like I have total control and stopping power with my wedges.

Putting the S is terrific as well.  It rolls true and is very easy to control distance.

One problem “tour” balls have is durability. It’s contradictory to have a soft cover and high durability. That said the TPS is very durable. I’ve played one ball for 2-3 rounds and it barely shows any wear. 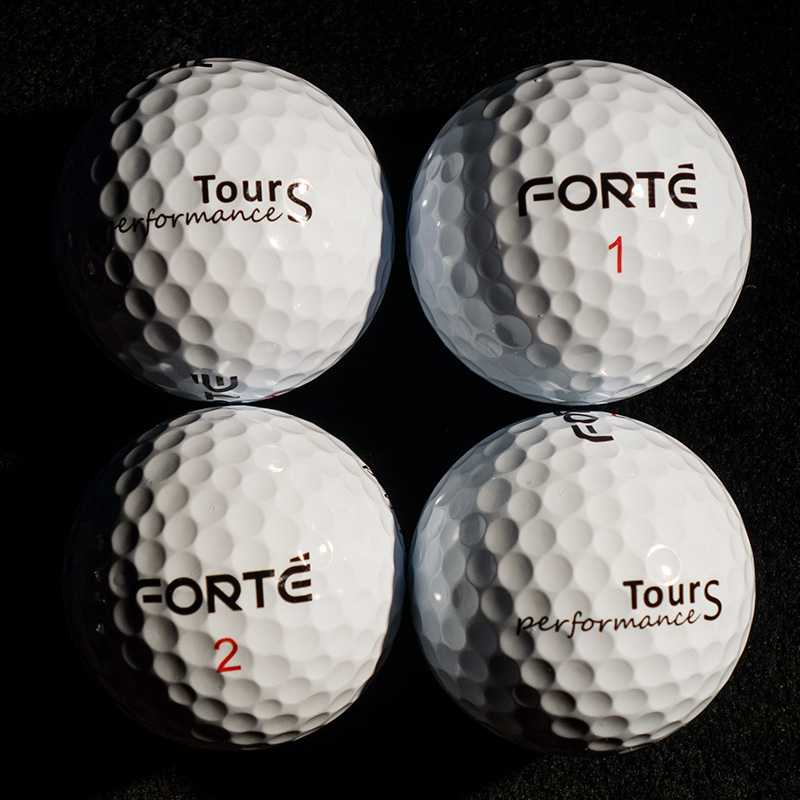 The ultimate golf ball has low spin with the driver and high spin on shorter shots.  The S performs highly on both ends of the spectrum and easily competes with tour caliber balls from the big name brands.

Question, do golf balls from Australia spin the opposite direction?  Let’s find out.  Today’s review if the 6-layer golf ball from Austalia’s Forté Golf, the Apex 6.  Why six layers? Because six is better than five of course. 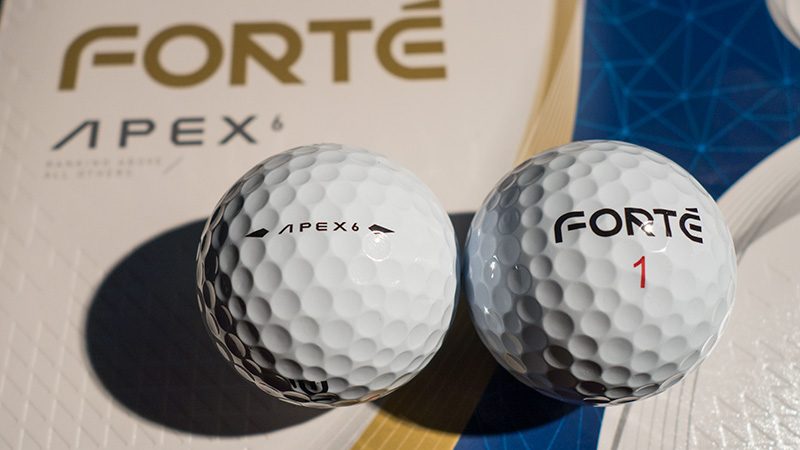 I don’t do one-hole or one-round reviews. I played the Apex 6 for several months.  I found the ball to be as long as any tour ball I’ve played and accurate because of the low driver spin characteristics.  Length wise it is comparable to any of the high end tour balls I’ve played from the big name brands.

The ball’s driver trajectory for me was medium and it handled windy conditions well, not prone to blowing off line badly.

I played one ball over several rounds.  Aside from a minor wedge scuff or two the ball showed little signs of wear.  So the cover was quite durable.  There’s a fine line between durability and high spin in tour level ball covers.

Around the greens I had nice control, as much as my ailing game has had that is.

My only complaint with the Apex 6 is ball that it feels a bit hard.  The hardness is noticeable with the driver, but most pronounced in the irons.

One other critique is with the Forté Golf website.  I know the company is based out of Australia, but the copy on the site and some of the terms wreak of bad Chinese to English translation. For example:

Ideal for players who demands the best or nothing. Underneath the cast urethane cover is the world’s first 6 piece golf ball! It guarantees to outperform the competition in all aspect.

Along with some grammatical (Chinese to English) errors, there are misspelled words, like “Lonomer” which should read “Ionomer.”  And “the best or nothing” sounds quite a bit like a Mercedes Benz ad, hehe.

Critiques aside I can confidently game this ball and it performs well in varying conditions.  The Apex 6 is a solid ball, long off the tee and responsive in the short game.

I can see a potential problem coming up. I’ve got some new golf balls to test out from Forté Golf. Since almost no tour level golf ball made in this modern era is “bad,” I’m fairly confident I’ll like them. If I really like them, that will be the problem since currently these balls are not available in the USA. Forté is currently focused in Australia, but does have future plans to expand its availability.

The first of two models I have to check out is the Tour-Performance S model. This is an ultra soft cast urethane ball. Urethane is the material in the cover of the TP-S, same as in most high-end, name-brand golf balls.

This ball is a 3-layer ball which provides high ball speed off the driver but great back spin off of irons and wedges. I would expect this ball to compete well with the Titleist ProV1, TaylorMade Tour, Bridgestone B330 and other “tour” balls. “Tour” typically means urethane cover, high spin.

Review (as) Soon (as possible)

I will put this ball into play and review it as soon as I can. Keep in mind local courses are closed now though.  It is winter in northern Utah.  We are skiing now.  🙂