I’m completely gutted and sad to report that my very best golf buddy of some 30+ years, passed away last night due to leukemia. 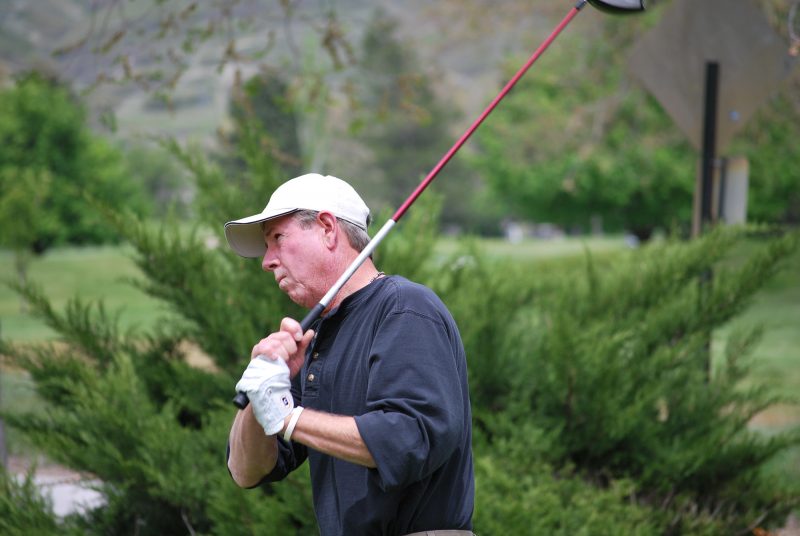 James “Arnie” Arnold and I were the best of friends. We originally met when he owned a superb restaurant in town called the Cinegrill, which I frequented 1-3x/week.  Best salad dressing in the history of food.  We became friends and realized we both play golf, and the rest is history.  We started playing together as a two-man team in a few clubs and many tournaments. We were deadly as a team between his accuracy, consistency and great short game, plus my length off the tee and deadly putting.  We took second in the Meadowbrook 2-man match play one season, losing to a team of two players who each had the game to play professionally.  We played 2-3 times per week, for decades.  We were like brothers. I’m so sad. 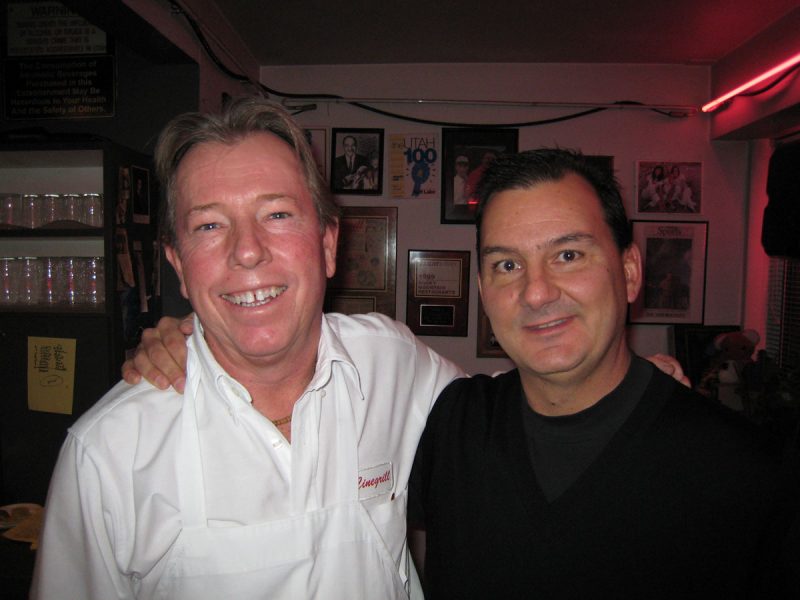 Arnie and me at his restaurant, the Cinegrill, somewhere around 2010

Arnie was a mentor to me.  He was a few years older.  He brought me into his club to introduce me to all the guys, many of whom I would form life long golf friendships with, and still have them today.  Arnie taught me much about the game of golf, and about life.  He was a very wise, thoughtful, and caring person who was always interested in what I was up to.

Arnie was the “Koumbaro” (Greek Best Man) at my wedding.  During the “crown” ceremony the best man exchanges the bride and groom’s crowns back and forth three times.  He while moving the crowns he whispered to me and my bride, “this is so cool.”  We will never forget that.

There are many things about Arnie I will never forget:

I’ll never forget Arnie’s amazing short game.  One of the best touches I’ve ever seen.  I never had a short game close to that.

Arnie was an excellent putter too. During the days when we were getting to know each other I literally thought it wasn’t fair how good he was under pressure, in competition. Later I’d love that aspect because he was my partner.

Arnie had a unique and completely repeatable pre-shot routine, almost marching in place as he got his feet set and comfortable.  As soon as that motion stopped, his swing started.  It was the same for every swing, every round, every week, every month, every season, every year. 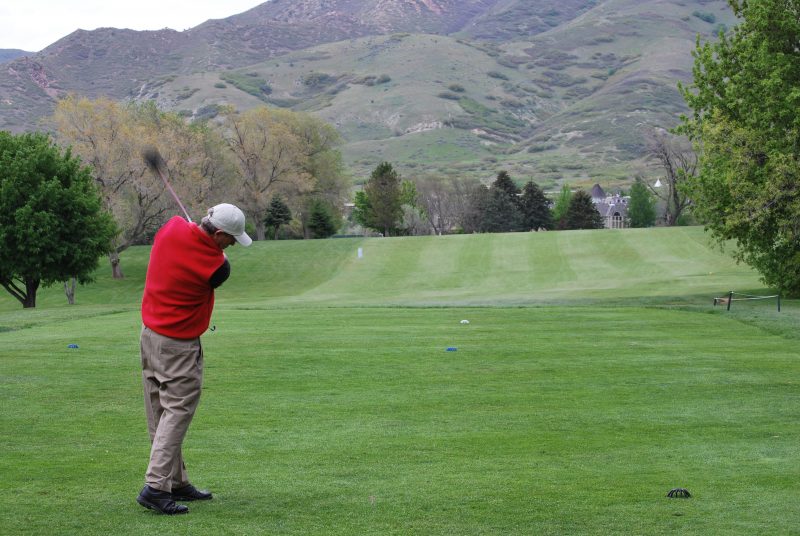 Teeing off on the 12th hole at Bonneville Golf Course

Years after he left the restaurant business, Arnie would still whip up that famous Cinegrill salad dressing and give me a large bottle.  Nectar of the gods. It was twice per year.  I would return my empty bottle to him and say “refill please!” I would usually include a box of Pro-V1’s with the bottle.

I could go on about all the things I cherish and remember about Arnie, but mostly I will never forget how great of a friend he was to me.  That friendship never wavered. It grew stronger and stronger as the years went by. He was also a great friend to my entire family.  We all loved him and appreciated his friendship and hospitality at the restaurant.  His restaurant was our “family restaurant.” We went there to celebrate great achievements or to mourn our losses.  It all happened there. The Cinegrill was where we were comfortable and at home, and that was because of Arnie’s warmth and hospitality.

Unfortunately Arnie and I did not get to play any golf the last couple of years as my shoulder was on the mend from shoulder surgery.  Even before then he was starting to lose a lot of weight and strength, which killed his distance and I think part of his will to play the game. I was suspect about the weight loss, which had to be due to the leukemia even back then.  Arnie was not one to make a fuss about any personal issue he had.

I’m doing the best I can to pay a tribute to someone who has meant so much to me and my family but plain words can’t begin to do it justice.  I’ll probably write some more thoughts and recall some memories, but for now I’m going to stop.  I will miss my dear, dear friend and he will not be forgotten.

This hurts.  This really hurts.

Arnie: I love you man.

One response to “Lost My Best Golf Buddy of 30 Years”