Last week was painful for two reasons.  First, I’d had a major flareup of tendonitis in a tournament. The pain was so bad I couldn’t even take a club out of my bag with my right arm. So I had to take a break from hitting any kind of balls, pound the ibuprofen, ice the hell out of it, and wear an arm brace.  The first day of my rest was naturally the day the New Level 1031 forged irons arrived for me to review.  I tried to give them a go a couple days later, but 4-5 balls into a bucket I had to bail.  It took a week to get back to being able to hit a ball, with my old arm brace back on.  Yesterday I hit a bucket with the irons, then hit the course for 18 holes.

I hit balls from the south end of the range, which faces due north. There was a solid 2-3 club wind right in my face.  I like hitting into the wind on the range because the wind magnifies any unwanted spin on the ball.  A small slice spin dead into a 2-3 club wind will kill the distance and force the ball offline considerably.  I started with some pitching wedges which were very solid and straight.  I moved to 8-irons and was killing them dead on line with virtually zero sidespin.  Straight into the wind 8 after 8 was on a laser right at my target.  I continued to move down the line, hitting each club down to the 4-iron.  Solid.  The only really bad shot I hit was the last range ball.  That brought me back to reality I suppose.

I did have some bad shots. The round wasn’t all unicorns.  There were a couple of pulls, my default miss.  And a couple of heavy shots out of the rough where I caught a little too much grass.  I attribute those to simple swing breakdowns. 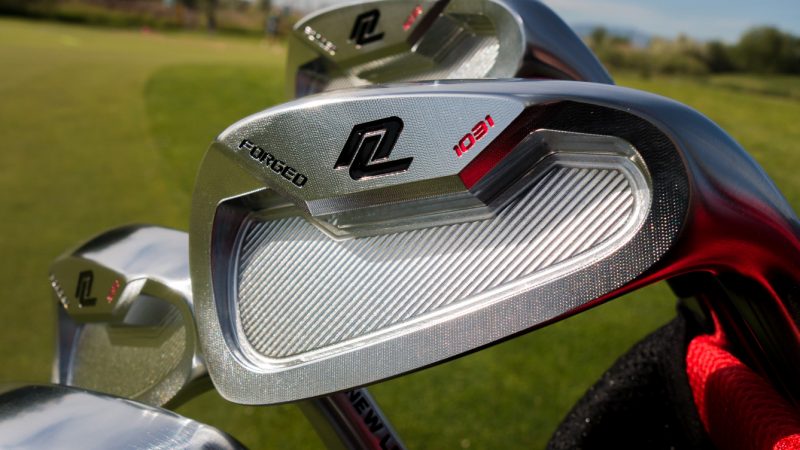 To be able to shoot a 75 in my first full round with the New Level 1031’s is very promising. Especially following an injury were I could barely grip a corn chip hard enough to scoop up some guacamole. I feel like with these irons and shafts I can swing aggressively and with confidence.  I’m still dialing in the distance as these do definitely go farther than my previous gamers.

I look forward to really dialing these in and hope to finally fix what has turned into the weakest link of my game, greens in regulation. I’ve got two club championships and a trip to Bandon Dunes coming up within two months. Time to nail it down.