Rode a GolfBoard For the First Time

Today I tried out a GolfBoard for the first time. If you haven’t heard of one, they’re motorized one-passenger golf vehicles which the golfer rides like a surf board. 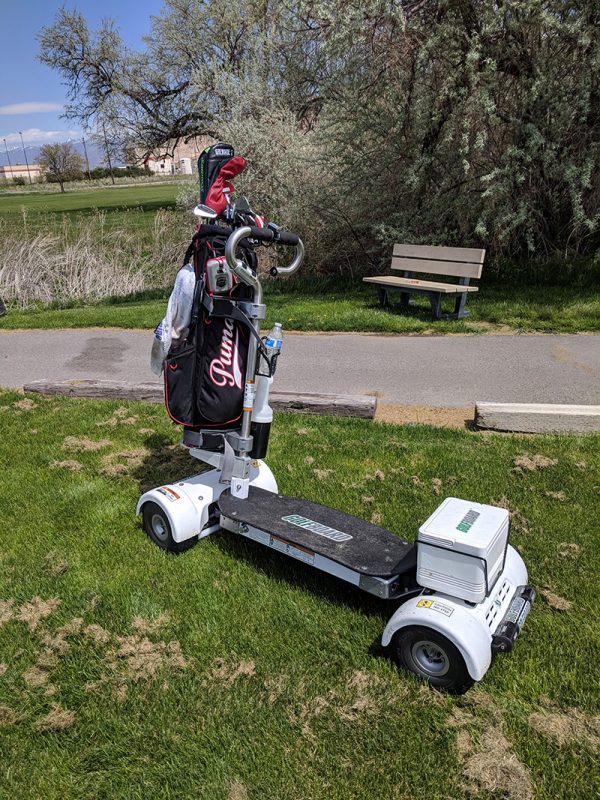 I was a little scared when I tried it at first, especially since my first few tests were on pavement and I didn’t want to face-plant and knock out all of my teeth.  But by a few holes in I had the feel of it. To turn the rider leans, just like surfing or skateboarding.  More speed makes it easier to turn too, just like powder skiing.

Here’s a first person view video of me driving past my golf buddies to my drive, which was at least 50 yards past them!  Hahahaha.

The local municipal course charges $1/hole.  I had intended to walk today which would have run $30. But instead I paid $48. While I think it is cool and fun, it isn’t worth another $18 per round.  I’m sure resort courses or higher end clubs charge even more.  That said, we did get an 18 hole round in on a Saturday in about 3:45. So that’s very cool.