I’m very “connected” in the golf world, one might say. Through my connections I’ve had the opportunity to break a lot of inside information which I’m happy to post here. I’ve just gotten some information about a new technique which will be used at Augusta National in future bunker updates. It’s a special form of bunker wall reinforcement code named “old sign.” 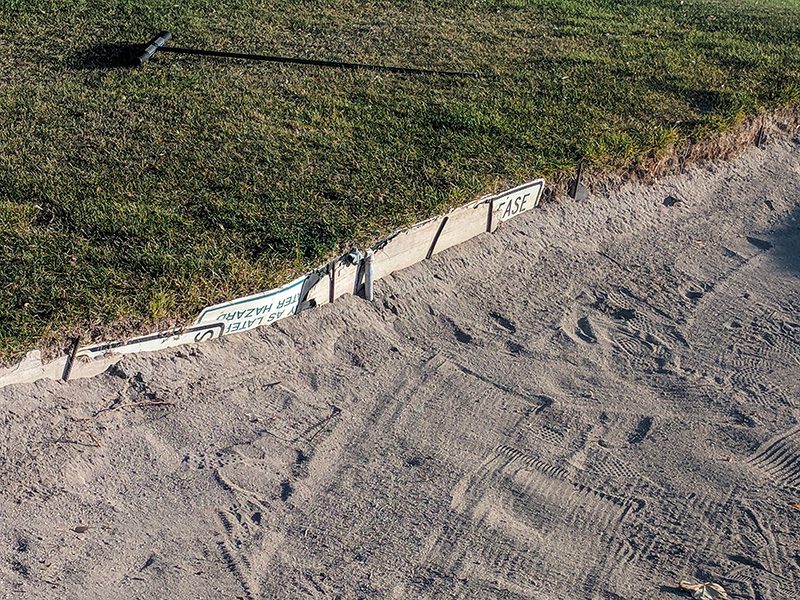 Augusta National Golf Club closes for the summer. It’s just too hot and humid.  During that time the first implementations of “old sign” will be done.  I’m told the first will be the front bunker on the par-3 12th hole, known as “Golden Bell.”

I hope you’ve enjoyed this exclusive inside Masters information. Stay tuned for more as the Tournament gets closer.