Memories of a Lost Golf Buddy

I’m moving in 8 days. HOG World Headquarters is being packed up now. It’s hell. I have a mind-boggling amount of “stuff” to go through, so many golf items. Going through lots of old stuff stirs up old memories, good and bad. The new HWH is going to be nice, but with no basement to store the tons of extra stuff, I have to purge quite a bit.

During this evening’s purge I found this golf ball: 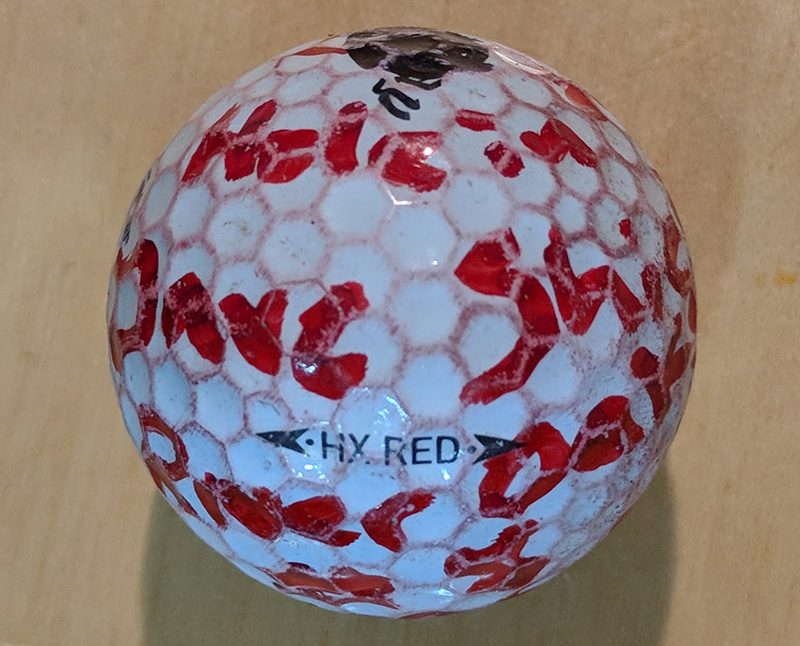 I was playing one of many hundreds of rounds that I’d played with buddy Dave Shields. Dave and I were regulars at River Oaks for a period of time. I was the club president and as such had playing privileges. Dave worked for the course and did as well. He and I played almost every evening for years.

On the 8th hole Dave made a hole-in-one on March 25, 2008. He proceeded to tee off with that ball on the 9th. I stopped him and inquired why he wasn’t saving such a special ball. He didn’t care much about that. So I took it from him and said I’d keep it. I wrote the date, hole and info about the ace on the ball and took it home.

Things changed at the course. I retired from running the league after 7 years and Dave moved on. Four years after the ace I got the terrible news that Dave passed away around November of 2012.

So hats off to you Dave. I still have this ball and I’ll keep it as one of many great memories of our time on the golf course together. FORE!