Pop quiz: What’s the only document more complicated than the USA’s IRS tax code?  You guessed it, the Rules of Golf!

I’ve just read through, ok glossed through the new and immediate rules decisions by the USGA and R&A regarding video evidence, disputes, and decisions.  Golf has had such a bad reputation because of things like the recent Lexi incident the governing bodies obviously felt it immediately necessary to do something.  In regular fashion, they added more language to the rules which doesn’t address the main problem.

If the committee concludes that such facts could not reasonably have been seen with the naked eye and the player was not otherwise aware of the potential breach, the player will be deemed not to have breached the Rules.

The above line is the key to the new changes, and I completely agree with the sentiment.  If it isn’t humanly possible to conclude there’s a breach in the rules, then there are no rules broken.  That’s the good part, but not the elephant in the room. 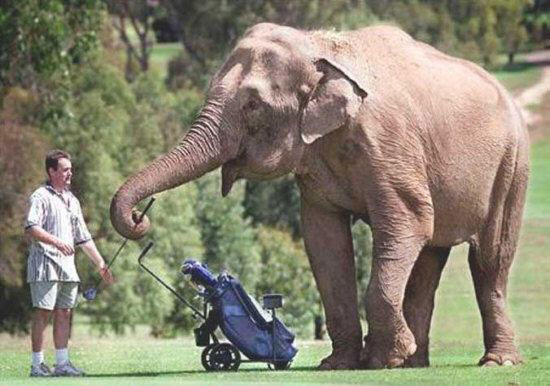 What’s completely missing from the new rules is the way that rules infractions are discovered, reported, and the timing in which these notifications happen.  I’m talking mainly about the viewer call-ins, emails, or social networking of rules infractions.  In the case of Lexi Thompson, she was notified and penalized an entire day later, and during her final round.  In my opinion, any possible infractions and related penalties should have an expiration date.  Perhaps once the next day’s tournament tees off, all possible issues from the previous round become invalid.  If there isn’t an upcoming round, perhaps one hour after each player finishes the tournament is the point at which any questions about rules violations become moot.

That time limit can apply to any source of the possible infraction, whether another player, a spectator, a rules official, or some fat dude sitting on his couch eating Cool Ranch Doritos who has nothing better to do than shuttle his DVR back and forth 12,000 times to see if Segio’s ball moved on the 13th at Augusta in the final round of the Masters.  That has to be the worst run-on sentence I’ve ever typed, but it sure rolls off the tongue nicely.

In my opinion (yes I realize nobody is asking for it) there should be NO call-ins.  No emails.  No tweets of rules infractions.  There’s no other sport on the planet who allows such a thing and it’s one more way the golf industry makes itself look more dumb in the eyes of the general public.

PREVIOUS POST
Sun Mountain TravelGlider Suitcase - Four Wheels Are Better Than Two, or None
NEXT POST
First Breakthrough of 2017