My friend and I go back to the early-mid 80’s. Cee Clone is what he calls himself. Back in the day CC and I played football together and he was one crazy bastard, and really tough. He sent the football coach to the hospital, but that’s a story for another day. Then there was the day Iron Maiden’s Number of the Beast album came out. The Utah Highway patrol couldn’t even handle CC. One more story for yet another day.

During the Masters I couldn’t help noticing CC’s social posts about his cat. She was glued to the action on TV.  “My cat can’t stop watching the playoff!” he said. 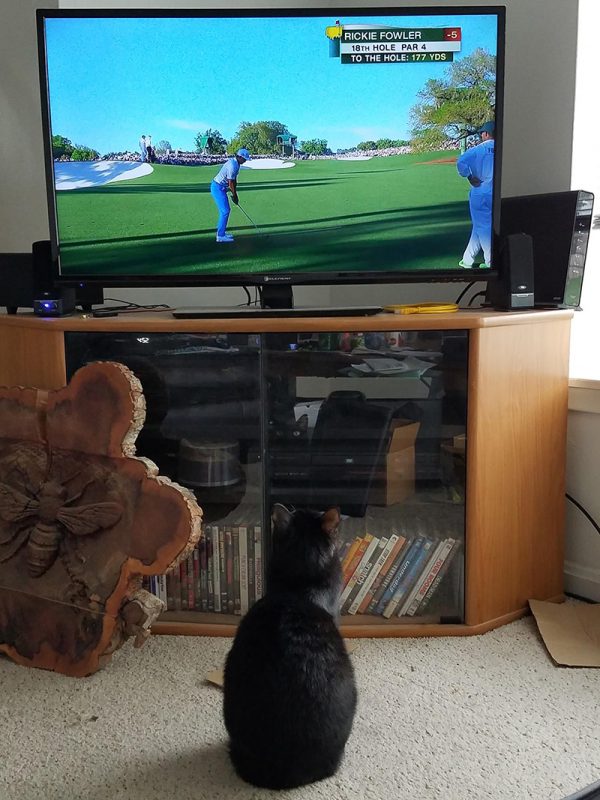 Once I’d gotten wind of the cat (I think she had 9-Lives Turkey & Giblets for lunch) I had to do an interview. You know, find out the real story. And here the story is. 10 questions with CC about Kira, the Masters cat:

What is your cat’s name?

Is this the first year the cat has watched The Master’s, or does she watch it every year?

This is the first year but she watches a lot of tv.

Who was your cat’s prediction to win this year’s Master’s?

Sergio of course after his first round.

Does your cat think the birds chirping in the TV broadcast audio are real, or piped in by the TV production crew?

She doesn’t care. She’s more interested in the game.

What is your cat’s favorite hole at Augusta National Golf Club?

What did your cat think of Matt Kuchar’s ace on hole #16 in the final round?

Too little too late. Too bad he didn’t win a car.

Did your cat think Sergio was toast when he blocked his approach right on #10, then pulled his tee shot into the trees left of 11 fairway?

Of course. Who didn’t think it was another Sergio meltdown?

Was your cat surprised that neither Sergio Garcia or Justin Rose could make a winning birdie putt on the final hole of regulation?

She says we all saw that double choke coming. 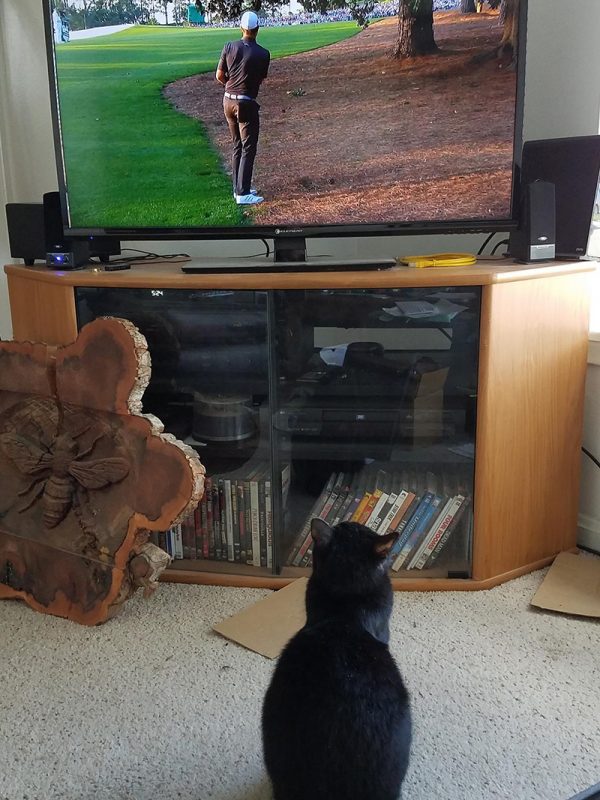 What did your cat think of the one playoff hole (pictured above)?

Does your cat stick around after the tournament is over and watch the green jacket ceremony?

No. We watched Street Outlaws. Love the 405!

There it is. Kira loves the Masters. A cat like no other. A cat for the ages. In your life have you seen a cat like this? Yes kitty!