Hopping on the Rickie Fowler Bandwagon

Okay this has taken some time but I’ve had a change of heart about Rickie Fowler. When Fowler first hit the PGA Tour it seemed like the only notable thing about him was his orange jumpsuit, or what I like to call the “traffic cone” apparel script. Here it is below.

Just found this old image of some of Rickie Fowler's first few apparel scripts when he first hit the PGA Tour. pic.twitter.com/mDrplwdLzq

After this year’s Masters though I’ve changed my tune about Fowler. First I watched some of the pre-Masters interviews and was impressed. Then I saw Rickie on Thursday morning at the ceremonial tee shot, which was just Jack Nicklaus and Gary Player. This was the first time Arnold Palmer was missing following his passing.  In my opinion, a historic moment in golf. There may have been, but I didn’t see any other tour players who made the effort to attend that ceremony.

At that point in time I realized something. Rickie gets it. 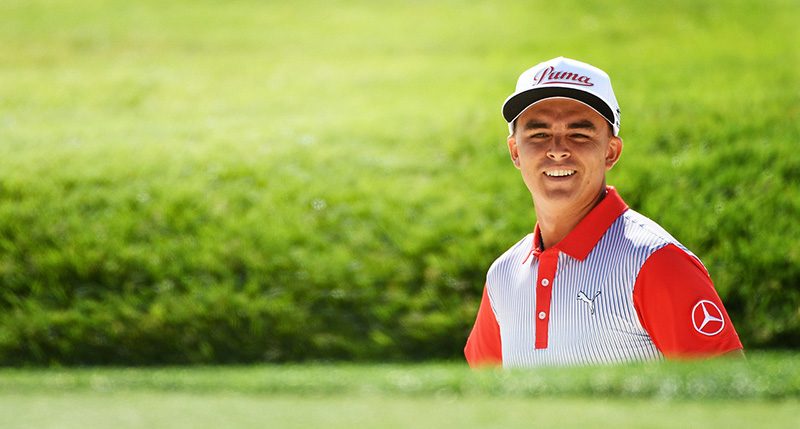 During the Masters he played very well and ended up in the 2nd to last group, paired with Jordan Spieth. Rickie was at the top of the leaderboard even during the final round, before Justin Rose and Sergio Garcia separated from the field.

So this is an official HOG-style hats off to Rickie Fowler. Looking forward to his first major win. Hopefully it comes before 73 attempts unlike Sergio’s did.