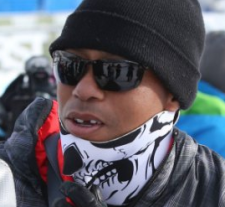 Taking a bite out of blogging…

I’ve found myself in a bit of a golfunk following my 2016 Scotland trip.  While I have played a couple of nice rounds of golf in which I had an enjoyable time, 80% of them have felt more like money-consuming time killers.   That’s spilled over into my blog posts as well.  I’ve tested some high tech golf apps and devices, which all failed on me. That killed the mojo even more.  So I’ve got to challenge myself to produce some content, but what?  Pro golf?  More Scotland stuff?  I could do that 24/7.

There have been many interesting events in the golf equipment world, and in pro golf.  Tiger Woods announced that he’s going to play some events in calendar year 2016, though they’re technically on the 2017 schedule.  I honestly thought we may have seen the last of Tiger on the PGA Tour.  I’m sure it will be a media feeding frenzy when he plays, and as usual HOG’s traffic will blow up.  Beyond that, I’m not expecting much from him.

What clubs and balls will Tiger be playing? Rory McIlory, Tony Finau and a few others also?  Nike isn’t going to make balls or clubs anymore.  Jason Day has signed with Nike on an apparel deal for $10 million a year, I hear.  He’s still going to be playing TaylorMade clubs though.  So which company gets the hat?  The bag?  Weird to see a Nike swoosh on a shirt and see a TaylorMade hat…

The Tour Championship is coming up, or is going on, or is it over?  Haha.  I don’t really know because I’ve just about lost all interest in following professional golf.  I’d rather play golf than watch it, except the Masters, Open Championship and U.S. Open, Ryder Cup.  I really can appreciate the talent of professional players, but I find myself feeling like I’m wasting time sitting and watching someone play golf on TV.  Then again, it’s less expensive than playing golf.

The twice-every-two-years-USA-losing event is coming up:  The Ryder Cup.  The PGA Tour, Majors, Olympic Golf, Tour Championship etc, and now the Ryder Cup.  Seems like an overload, especially now that football season is here.