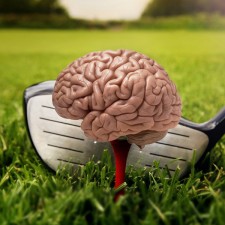 At the time my handicap was the absolute best I was playing with a group of eight guys, none of whom was higher than a 5-handicap.  In the group there was a zero and a bunch of 1’s and 2’s.  It was a tough group.  If you didn’t bring your A-game, you had to make sure you brought your A-TM game.   I really loved the competition level and intensity of those years, and I think playing in that group helped me improve and play at a high level, for an amateur.  I was playing 4-5 times per week as well, which I’m sure helped. My handicap got as low as a 0.9.

Unfortunately that group dissolved.  I still play with some of those guys, a time or two a year.

Fast forward 10-15 years to now.  Because of where I am in life (translation: day job, wife, 3-year old, limited time), I can’t play 4-5 times per week.  I’m only able to play two times, and perhaps a 3rd time if I’m lucky.  Yes it sounds crazy that I say “only,” because many amateurs play once a week, once a month, or maybe a few times a year.  I realize despite a 50% drop in rounds, I play more than probably 90% of amateur golfers.   Playing less does not help my game.  Winter around here in northern Utah hurts the game as well.  Nothing hurts your feel and crispness as much as a six month frost delay.

But now that summer is here I’m past the spring rust phase.  I’m also playing quite a bit right now.  It’s not cold either.  Many of the reasons or excuses I could use for not playing well are not useable.  Up until about 1.5 weeks ago, I’ve struggled to break 80 with many rounds around 85.  Why?  If I knew that, I would fix it.

The last week and a half though, I’ve finally seemed to turn a corner.  Rather than mid 80’s, I’ve got a 74, 76, and two nine hole rounds that come in at -2 and even.  What happened?  Did I suddenly become a better golfer?  Did I change swings?  Did I put a new driver into play?  What?

So what is contributing to the better scores? I don’t feel like I’m hitting the ball much better, but I’m scoring better.  I don’t feel like my abilities have suddenly changed.  What has changed is my “playing environment.”  I’ve changed from the casual buddy group to the more intense competitive match play and tournament rounds.  Also played 18 with a different group a couple of days ago, all who hit the ball as far or farther than me and could clean my clock on any given day if I don’t bring the A-game.  It seems that perhaps for a while I’ve been in a playing rut due to the group I’ve been in.  All good chaps for sure, but I’ve gotten too comfortable in the group. I’m not focused. There are higher handicap players in the group as well.  Perhaps there’s a bit of “playing to the level of the other players” going on.  Perhaps being around a higher handicapper for round after round has caused me to lose focus in my own game. Try not to interpret that as an arrogant comment. Think of another individual sport like tennis. A high level tennis player may not improve or keep his skills in top shape playing an opponent who is not at the same level. Yes one could argue that another player’s game should not affect one’s own golf game and there could be some truth to that. But I’m generally the kind of player who plays better if I’m around better players.

So where does that put me if the above analysis is true? Part of what makes golf enjoyable is the camaraderie of playing with friends. Perhaps the approach should be to keep the serious golf on the schedule, and play the casual and less intense rounds with the buddies now and then too.

Or maybe all that is a bunch of nonsense and I’m just playing better now. It could just be the phase of the moon or because I put my left sock on first instead of the right one this past week. Wait, I think maybe the better play is because of better underwear scripting…