1.5 weeks ago I had an unexpected quick trip to Singapore and back.  Family emergency.  It was a good thing I went and things are all good now.  Mission accomplished. Thanks to all who sent best wishes.

I was only in the country for about 20 hours and only had the opportunity to spend about three of those hours checking out the sights. boy are there some amazing sights to see, like the cityscape at night.  Wowsies. 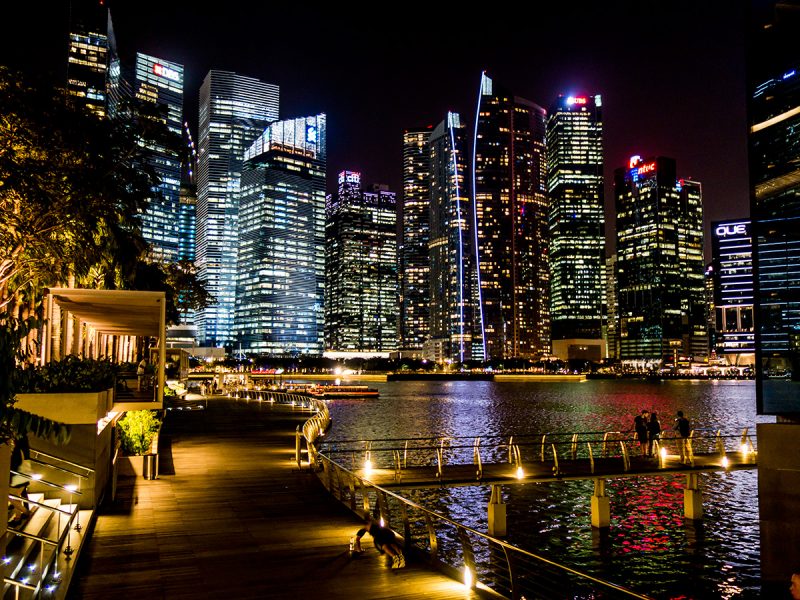 I spent some time at the incredible Marina Bay Sands Resort. The main hotel has three 50-story buildings with a boat-like top connecting them all (photo below). Incredible. There’s a mall there that’s so high-end there were TWO Giorio Armani stores. You know, for those who didn’t want to walk all the way to the other end of the mall.

I think this resort and supporting retail and casino were built for billionaires to give them a chance to rid themselves of the low-life riff raff millionaires. 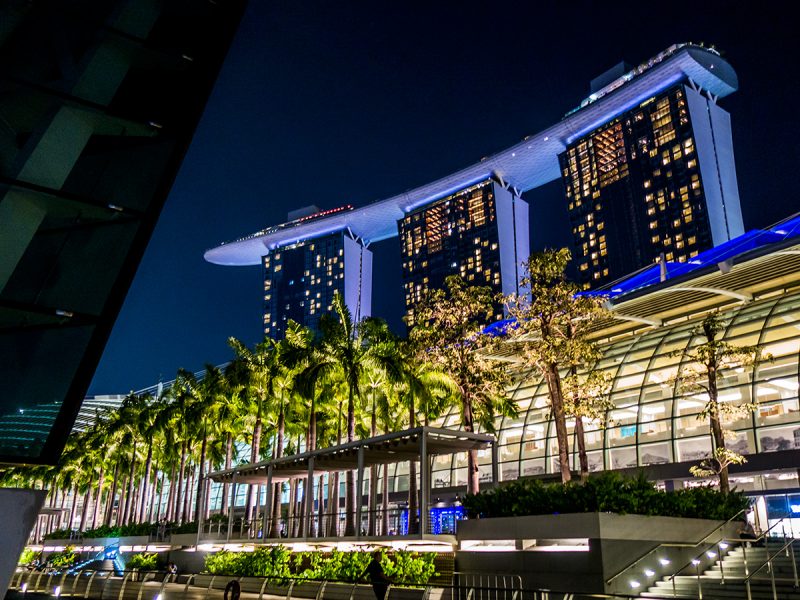 While walking around the bay at 9:10PM I happened across a bunch of people sitting on the boardwalk. There were whole families and many tourists with cameras and tripods setup. I found the cutest female tourists I could find (turned out to be German), and asked what was going on. There’s a water and light show every night there called Wonder Full. This show makes the one at the Bellagio in Vegas look like my 3-year-old playing in the bathtub. I sat down and captured some video with my smartphone. It’s not the best, and I was too close so you only see 1/3 of the viewable program. Here’s a portion of the show:

I’d love to get back to this incredible country, and spend more than 20 hours there. It’s a very clean and vibrant city. Cleaner than any big city I’ve been to. I swear you could eat off the ground in the subway stations.

Until next time Singapore, here’s lookin’ at you.