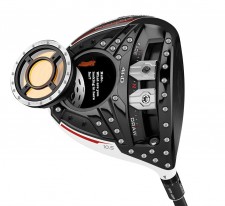 I just saw an advertisement or Tweet or something like that from Puma for their next golf shoe.  This one is a “game changer.”  How many times can we change the game anyway?  It’s been changed at least 589 times since last week.  That’s the number of times the term “game changer” has been used in golf PR, advertising and social networking since noon last Tuesday.

Changed? How? From what to what?

Let’s assume these statements are correct for a minute. Let’s assume that new golf product did change the game.  What part of the game was changed?  What was it changed to?  How do we even know that this “change” is for the better?  Who authorized this change?

What if said change is negative?

Back up your claims!

From now on, stop using the term “game changer” unless you are prepared to tell everyone how the product changed the game, why the game is better.  Also be prepared to tell everyone who the hell gave you the authority to change the game without asking the rest of us first?  Perhaps we can vote on the change and at least come to a consensus before you arbitrarily change the game to meet your own whims and agendas?

Thanks for your consideration.