What if Jordan Spieth Didn’t Deserve It?

Yes, my brain has shorted out and the cerebellum is hotwired to my cerebral cortex backwards… Like I mentioned in my last post about the evil lady golfers who cast no shadows, I’m cleaning out my laptop files, including screen captured images which are puzzling, dumb, odd, sexist, or who knows what.  I stumbled across this one which made my brain cringe.  No I don’t cringe.  My brain does. 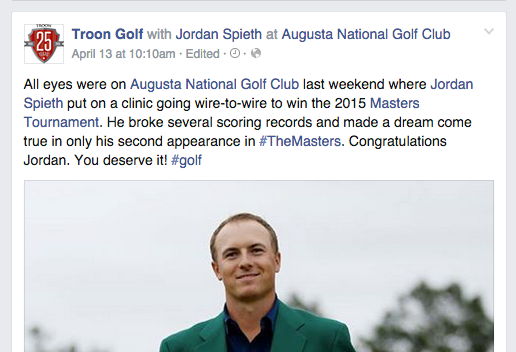 How does Troon Golf know Jordan Spieth deserved it? What criteria did Troon Golf use to determine whether Jordan Spieth deserved it or not? Who determined that Troon is the one who decides if someone deserves something?  And if they did determine Troon was qualified to determine whether someone deserves something, who the hell put them in charge?  What if Spieth didn’t deserve it but still won? What if Spieth deserved it and didn’t win? Did other players deserve it?  Why didn’t those other players win if they deserved it?  Why does Troon not post commentary about players who won other tournaments and deserved to win those?  Why doesn’t Troon post “you did not deserve it” to players who won but didn’t deserve to? Why?