No.  It is the apparel scripts.

I’ve been waiting ALL winter, and running to my email box every day with anticipation of the first Masters apparel scripts.  I’m thrilled to be reporting on Rickie Fowler’s apparel script, courtesy of Puma.  Surprisingly Fowler is dumping the trademark “traffic cone” look and going for some more subdued schemes.  Brilliant.  Majestic.  Tremendous.  Just feast your eyes on this threadtastic apparel art: 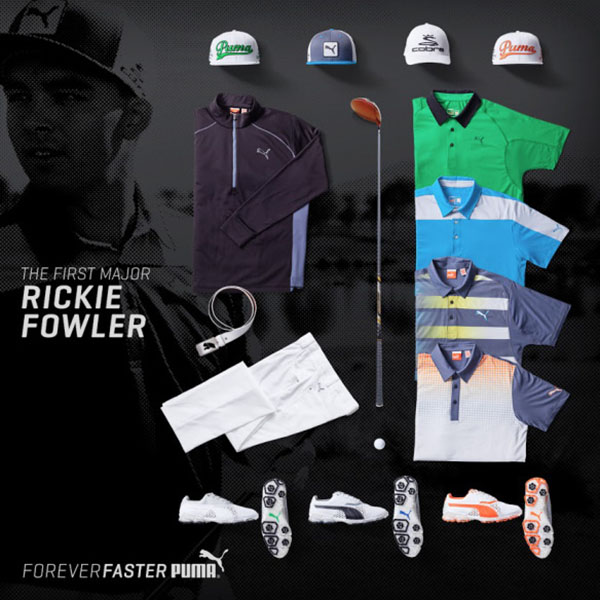 I like how they put a driver in there too. Soooo cool.

But I can’t help noticing something. There are no socks or underwear in Rickie’s script. He’s free-balling it!

It could be a tough walk on those very hilly holes at Augusta National sans socks. And sans underwear? In those humid conditions of Augusta the chafe monster could be in play. I admire Rickie’s tenacity in free-balling the Masters, but I suggest keeping some DZNuts Pro Chamois cream in the bag, just in case.