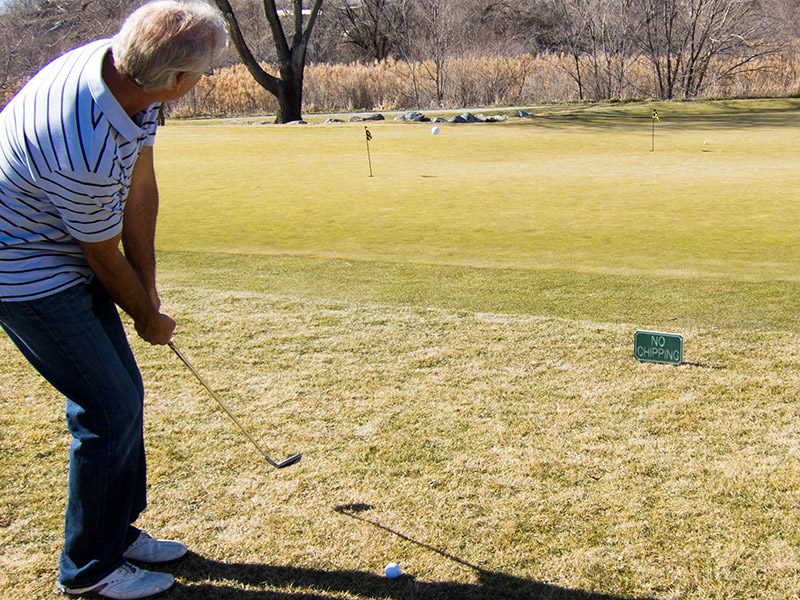 While at the practice putting green last week I found a golfer there practicing his chipping. After watching him for a few minutes I realized the brilliance of what he was doing. He was using the “no chipping” sign as part of his chipping practice. He positioned his landing spot to be just over the no-chipping sign, and he would try to chip in such a way that the ball would land just over it, then release nicely to the hole.

PREVIOUS POST
First Look: $121 ScoreBand Golf GPS Watch
NEXT POST
Golf Does Not Need Tiger Woods To Save It