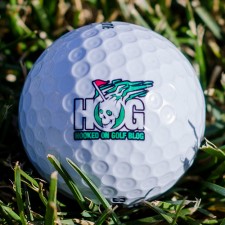 As I sip (maybe gulp) my cheap French wine, I pen the season’s first winter golf whine, sure to not be journalistic brilliance.  Then again, I’ve never done that anyway…

I’m still alive. Thanks for your concern. Haven’t posted in a few days.  I’m alive, but my golf game has begun winter hibernation.  Haven’t played a round of golf in 10 days and the round before that was 7 days.  That’s like Back9Network going five minutes without posting a photo of Amanda Dufner or Paulina Gretzky.  In other words, an eternity.

It’s cold here in northern Utah now.  We don’t have snow on the ground and the golf courses are still “open,” but there’s nobody on them except crazy people.  Now is the time to play if you want to finish a round quickly, and don’t mind the occasional mis-hit long iron stinger which makes your hands go numb for 10 minutes, or exactly the length of time before you hit the next one.  Ah yes, the time of year we golfers have to wear five layers, looking like the Pillsbury Dough Boy swinging a golf club.  Hard to hit good shots that way.  The only good shots of the day typically come from a flask of scotch.

Maybe I’ll head south to St. George, Utah or perhaps Mesquite, Nevada.  That’s only a 4-5 hour drive.  Would love to hit Vegas.  Those trips are fun, but the rust is so bad by the time I’m desperate enough to drive 500 miles to play…

Even more irritating is that I just got some new Mizuno irons.  Only logged three rounds with them and in that third round, hit a couple of them decent.   Just started to get used to them perhaps?

Who knows.  Won’t matter next March or April when I drag the clubs out of the garage and try to figure out which end to hold and which end strikes the ball.