As recent press releases have touted, FootGolf is growing rapidly.  FootGolf is a game where soccer balls are kicked into 21 inch holes on golf courses.  A Hooked On Golf Blog patron who asked to remain anonymous sent in this photo of what appears to be the the first shoe TaylorMade/adidas will bring into the emerging Foot Golf market. The photo appears to be authentic, since it has the “WRX” watermarking on it. 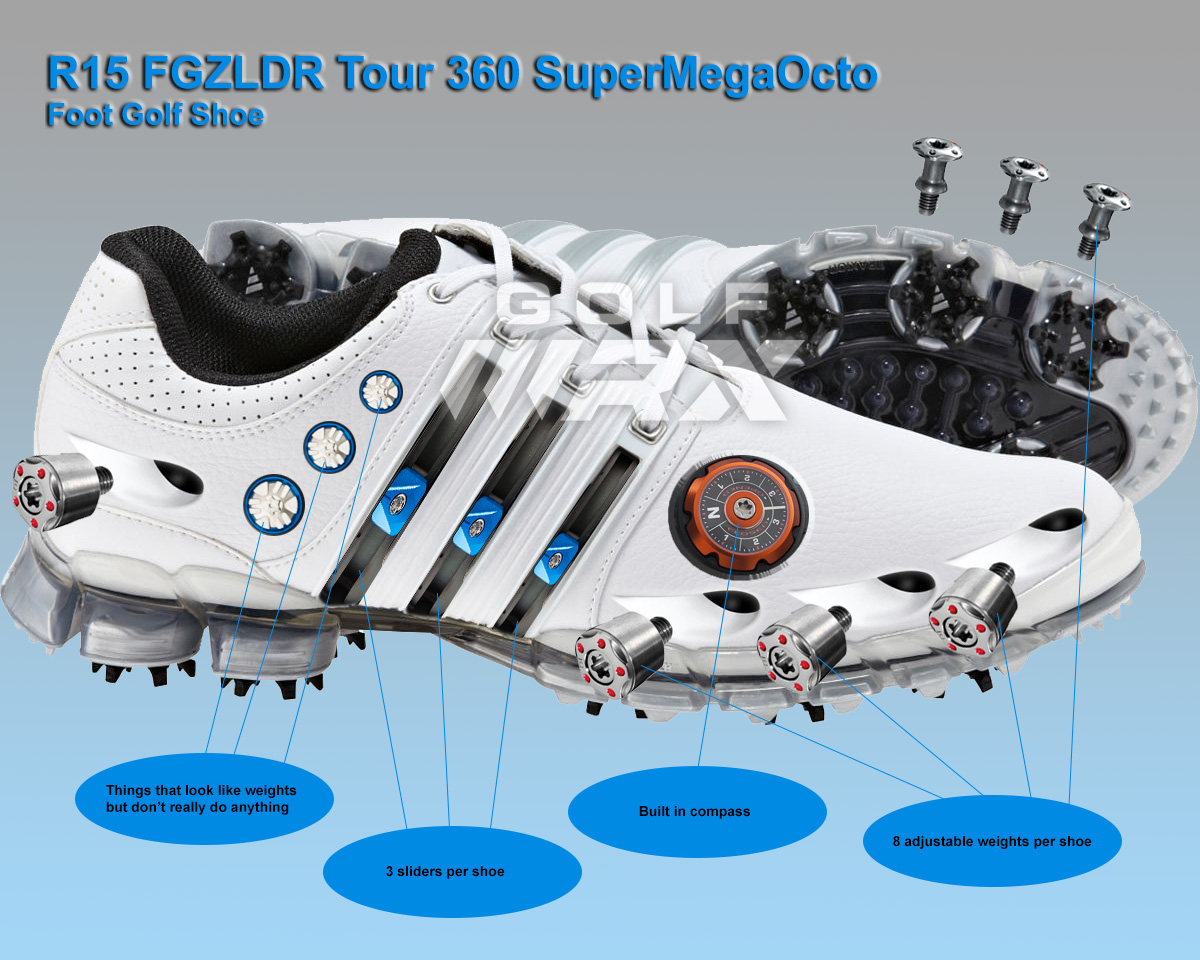 The revolutionary FootGolf shoe is the “R15 FGZLDR Tour 360 SuperMegaOcto” and the anonymous source tells HOG availability will be in the future.

Retail pricing on the regular model will be $199.  The forthcoming R15 FGZLDR Tour 360 SuperMegaOcto “TP” model will feature all the same options as above and run $499.  For those who are on a limited budget there’s good news.  After six months the pricing for these FootGolf shoes will drop to $99 and $199 (TP model) when the next model, the R15 FGZLDR Tour 360 SuperMegaOcto Stage Duo is released.

PREVIOUS POST
Underwent Treatment for Tennis Elbow
NEXT POST
How I Recovered My Stolen Android Smartphone, Which Had Traveled to Jefferson City, MO