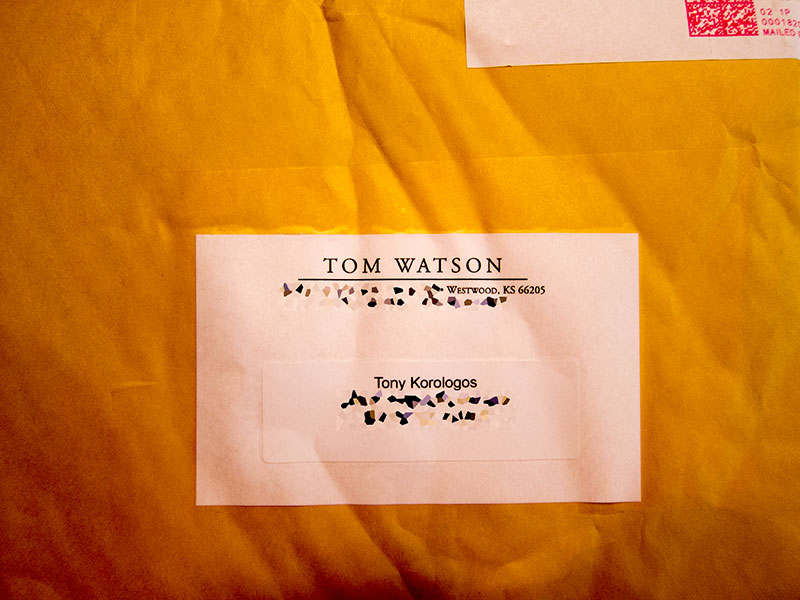 My official letter of invitation to be on the 2014 Ryder Cup team?

I just got this letter in the mail from Tom Watson.  I have yet to open it.  But I theorize that Tom has been looking at my last 10 rounds or so and seen that I’m playing pretty damn well.  This letter must be my official notification that I’ve been chosen as one of Tom Watson’s Ryder Cup captain’s picks.

I won’t bother opening this.  I’ll just book my flight for Gleneagles and talk to Tom when I get there.  See you in September.