Hats off to Sports News IRELAND for the bonehead of the week award. 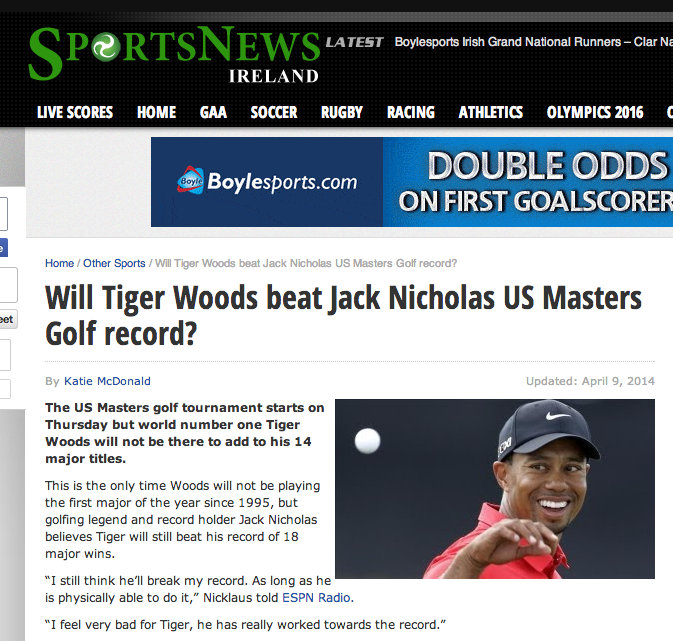 No, Tiger will not break the major record of Jack “Nicholas”

Not only did they regurgitate the most over-asked and tired question in golf history, they didn’t even spell the greatest golfer in history’s name correctly.

I can safely say that Tiger Woods will in fact NOT break the major championship record of Jack “Nicholas.”

Actually the title itself in this awful piece is quite puzzling.  Are they asking if Tiger will break Mr. “Nicholas’s” record of six Masters wins or the “Nicholas” record of 18 major championships?