This is an automated post, set to publish around the time I’ll be teeing off today at Black Forest Golf Club in Gaylord, Michigan.  Black Forest is a Tom Doak designed track which opened clear back in 1992.  The course was one of the first Doak designs to feature the rugged and retro bunker styles which are now prevalent on most new designs and redesigns.  I’m looking forward to playing the courses here as they remind me of my tree-lined home tracks. 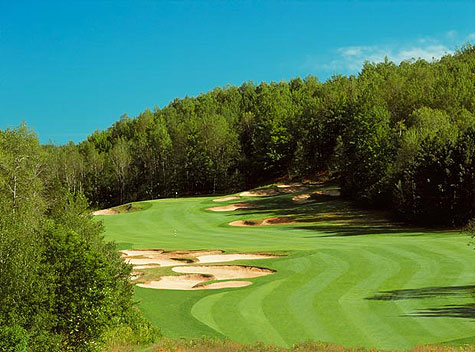 Naturally I’ll be shooting a ton of photos which I’ll post in a new gallery following the round, as well was doing a review of the course later down the road.  Stay tuned for both.

If time allows, I’ll also be playing the par-3 course here at Treetops, affectionately known as “Threetops.”  Same applies with photos and comments.