The Hit And Giggle Tournament 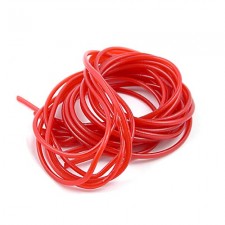 How many feet of putts will this get me?

My lovely bride has a nice lady friend who has been helpful and done us some great favors.  That lady friend asked a favor of me yesterday, to be the “ringer” in her Friday tournament for her church.  So, this post is an automated post which is set to publish at the precise moment I’ll be teeing off as the ringer in her “hit and giggle” tournament.  I was happy to help said lady out, who didn’t even have a set of irons or a putter.  She’s good now, and my garage is a little less cluttered.

What is a “hit and giggle” tournament?  I’d call that a tournament which isn’t for “serious” golfers.  Mainly these are corporate, charity or church events in a scramble format.  I’m not a big fan of scrambles.  Alright, I can’t stand them.  As a serious player (I take my game seriously, though it pretty much sucks compared to what I want it to be) scrambles can be bad for your game.

First, scrambles are breaking the rules of golf on every shot.  You can’t pick up your ball, clean it and choose the best shot of your group.  Then you get to practically tee it up on a fluffy piece of grass and make it easy to hit!  Golf blasphemy!

Scrambles are all about being aggressive.  The group is going to pick the longest drive of course.  So rather than putting a “good” swing on your driver, you swing out of your shorts and try to kill it.  Bring a change of underwear!  We all know that doesn’t really help in the distance department, but it is almost mentally impossible not to do it.

Of course serious golfers don’t take mulligans.  I haven’t taken a mulligan in 20 years.  Another rule of “real” golf broken.  And how about tournaments that allow competitors to “buy” mulligans?  I’m getting nauseous.

My wife’s lady friend informed me that in each person’s gift bag there would be a piece of string licorice.  I almost threw up in my mouth when I heard that.  In these hit and giggle tourneys players or teams can use the licorice for putts.  If they all miss a putt, they can use their licorice to count made putts.  So if they have 12 feet of licorice, they can count 12 feet of made putts.  Gag me with 12 feet of black licorice then fashion a noose with the other 12 feet and hang me from the gallows of the clubhouse.

I mentioned the damage that can occur to one’s driving as a result of swinging for the fences.  Putting is just as bad or worse.  In a scramble pars are no good.  So all putts must be hard and aggressive, regardless if they miss and go 10 feet by the hole.  Talk about a quick way to destroy your putting stroke and feel.  Ouch.

As a decent putter and the group’s anchor, I’ll probably be putting last.  The problem with that is that I’ll have to watch three hacker’s putts before mine.  I’m supposed to get “read” from those.  I may ask to putt first.  I might have a better chance of making some putts.

RIBS!  I was really doubting if I’d play in this tournament until I heard the keyword.  Once I was told there would be ribs for lunch I was sold.

3 responses to “The Hit And Giggle Tournament”

PREVIOUS POST
How Will Tiger Woods Fare At The Players This Week?
NEXT POST
112 Holes With One Callaway Hex Black Golf Ball