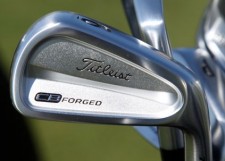 I’m happy to read some press releases (one posted below) that almost 200 websites which sell counterfeit golf clubs have been shut down recently.  I get emails all the time from Chinese manufacturers who are trying to get me to sell their fake versions of Titleist, TaylorMade, PING, Cleveland and Callaway Golf clubs. I always tell them to jump off a cliff.

In January some 60 other web sites were shut down.  This past week’s shutdowns bring the total to about 250.

PHILADELPHIA, April 10, 2012 /PRNewswire-USNewswire/ — The U.S. Golf Manufacturers Anti-Counterfeiting Working Group announced today that the United States District Court for the Southern District of Florida has issued a preliminary injunction shutting down over 175  websites engaged in the sale of counterfeit golf products.   The order marks one of the Golf Group’s most significant achievements in the fight against counterfeit golf merchandise sold via the Internet.  Fresh on the heels of the Golf Group’s report in January of the successful disabling of over 60 counterfeit websites, today’s news further illustrates the Golf Group’s commitment to protecting consumers from unknowingly purchasing fake golf equipment.

The lawsuit involves over 130 separate defendants operating more than 175 websites.  The counterfeit golf merchandise previously featured on the subject websites included clubs, balls and accessories and visitors to these sites will now be redirected to a website displaying information regarding the preliminary injunction and other details of the legal action that is being taken.

“Over the last decade, we’ve seen a significant increase in counterfeiters using the internet as a tool to dupe consumers,” said Christa McNamara, Director of Corporate Communications for TaylorMade-adidas Golf.  “We’ve shut down a significant number of websites with this recent joint action, and it gives us momentum in our efforts moving forward.”

“We understand that as long as there are people buying counterfeit clubs, there will be counterfeiters out there to make them,” said Jud Hawken, Associate General Counsel for PING.  “That’s why education about counterfeit equipment is so important. Hopefully, future visitors to these websites will see that they’ve been shut down and realize that if it sounds too good to be true, it probably is.”

The U.S. Golf Manufacturers Anti-Counterfeiting Group was formed in 2004 to fight counterfeiters and protect its consumers from inadvertently purchasing fake goods.  The Golf Group’s efforts have resulted in dozens of successful raids carried out by Chinese law enforcement and civil enforcement authorities.

About the Golf Manufacturers Anti-Counterfeiting Working Group
The Golf Anti-Counterfeiting Group consists of five of the most well-known golf companies in the world—Callaway-Odyssey and Top-Flite; TaylorMade-adidas Golf and Ashworth; PING; Cleveland Golf, Srixon and Never Compromise; and Acushnet Company whose brands are Titleist, FootJoy and Scotty Cameron. Since 2004, the Golf Anti-Counterfeiting Group has worked with international law enforcement and government agencies to conduct raids and investigations of counterfeit operations, as well as raise public awareness of the issue. In 2011 alone, the group seized more than 80,000 counterfeit golf products.