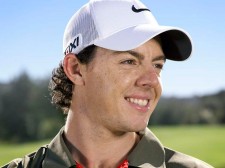 Luke Donald played in the RBC Heritage this past weekend and recorded a T37 finish.  Rory McIlory did not play on any tours during that time, yet has puzzlingly overtaken Luke Donald for the #1 spot in the world golf rankings once again.

It seems odd that a player can ascend, especially to the #1 ranking, when the player didn’t even play. That is how the odd math in the world golf ranking system works.

There is going to be some fantastic golf to watch this week at the World Golf Championships Cadillac Championship.  The venue is the famous TPC Blue Monster at Doral.  The greens have just been resurfaced, so we will see how confused the players are, especially Tiger Woods with his putting situation.

Think Tiger has his blocked putting figured out? He said it would take one day…

Who will win the PGA Championship, glory’s last shot? Or should I say which Irishman?

During this week of the PGA Tour season I get a little bummed out.  Glory’s Last Shot means the season is winding down.  Before I know it there will be snow on the ground here in Salt Lake and every other blog post will be me whining about it.  There’s still some good golf to be be played though, both by the tours and locally. 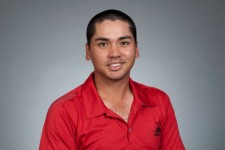 I think Jason Day‘s “day” will come, this week. Day has been playing some spectacular golf and knocking on the door of major championships for a year now.  He seems to be close to winning every major these days, 2nd place finishes in this year’s Masters and U.S. Open.  Just looked at Day’s money list stats for the last 4 years a minute ago and it shows a total rising star.  Back in 2008 he made $700K, 2009 $1.2M, 2010 $2.9M and this year already at $3.1M and counting.

The one thing which could derail Day would be his confidence level.  He seems to be a bit fragile and hard on himself.  Perhaps a little too emotional sometimes on the course.  Can he keep it in check?

After watching Adam Scott‘s big win last week, there doesn’t seem to be a better ball striker playing right now.  Name me one?  Another Aussie with a good chance of winning.

Seems like Ireland owns major championships lately between Darren Clarke, Graeme McDowell and Rory McIlory.  I’d mention Padraig Harrington too, but his game seems to be a jigsaw puzzle right now, for him.  Which Irishman has the best chance this week?  To me that is obviously the future PGA Tour member Rory McIlory.

As I’ve been saying for a week or two now, Tiger Woods‘s comeback will be a work in progress and cannot be judged by a few rounds, or a tournament or two.  How well will Tiger fare this week? I don’t think Tiger will win, and I doubt he’ll be a huge factor.  But by saying that, I wonder if I’m putting part of my foot in my mouth already.  I just haven’t seen anything yet to lead me to believe he will perform really well.